Where does the NY Phil turn next?

The dilemma is more acute than ever – should the orchestra choose a conductor who can improve its playing, or one who will raise its profile?

The last three chiefs – Maazel, Gilbert, Van Zweden – were chosen primarily on musical grounds, albeit from a compromised shortlist. None left any kind of a mark on the public perception.

The need now, after Van Zweden’s withdrawal, is for a banner appointment.

There is pressure to instal a woman or minority music director.

Of the two women at the front of the line, Susanna Mälkki is conducting in January while Mirga Gražinytė-Tyla has yet to meet the orchestra. The younger woman is, for all sorts of reasons, the more promising candidate. Both have worked closely with NY Phil prez Deborah Borda at her previous post with the LA Phil and both are attentive to her guidance.

The leading minority contender is Gustavo Dudamel, Borda’s protégé in LA. Now in his forties, Dudamel has shifted focus to Europe, living in Barcelona and becoming music director of the Opéra de Paris. Whether he wants another US orchestra after the LA Phil is debatable.

These three are the obvious names in the frame, but Borda would not be doing her job if she did not reach out for the best talent.

Expect calls to Riccardo Chailly at La Scala, Fabio Luisi in Dallas, Gianandrea Noseda in DC, E-P Salonen in San Fran and, whisper it not, Kirill Petrenko in Berlin, who would be an absolute sensation. 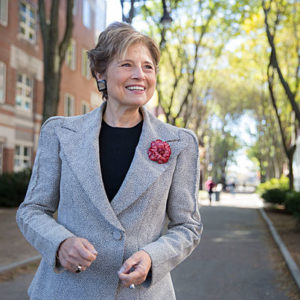