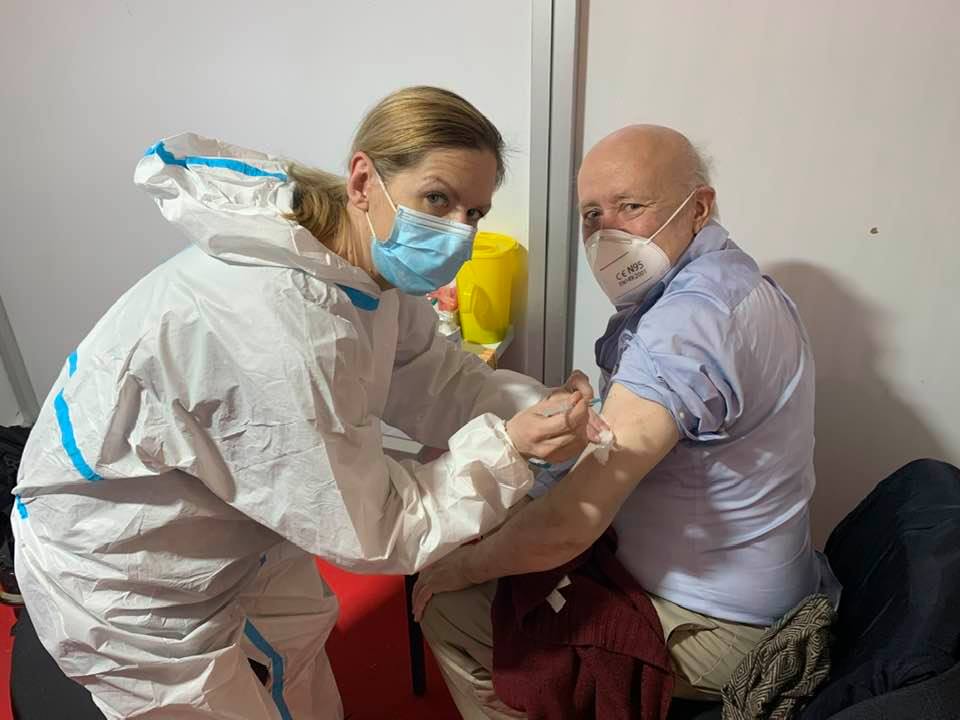 Tim Page: Why I quit New York for the Balkans

The Pulitzer-winning critic left the US last September and has been travelling alone ever since in Serbia, Croatia and Albania.

Tim, who is 66, suffered a brain bleed in 2015 and is hampered by some after-effects. But with Covid raging in the US and a knife-edge election approaching he decided, almost on impulse, to sit out the next few months in another country.

Happily, the Balkans were still open to visitors.

Today, he publishes the first episodes in his diary:

….One afternoon, when the anxiety grew too much to bear, I bought a one-way ticket to Belgrade, Serbia. Just like that — called up and booked it, as though ordering a pizza. And now I will be leaving on Friday night, with plans to return sometime in 2021, although that, like everything else these days, is subject to change.

Why Serbia? I could tell you many stories about the glories, tumult, beauty and sadness of the Balkans – all true and vividly present – but my choice finally came down to pragmatism and convenience. Belgrade is still open to Americans right now, and there is a flight that will effectively take me from passport control to passport control, with no changes of plane in the middle of the night, which I could no longer manage by myself. It is presently the only non-stop flight to Europe where American passengers can leave the airport immediately after the formalities.

The nights since I arranged for my travel have been clotted with terrifying dreams. In one, the plane had been transformed into a bumpy emergency ward, with my fellow passengers, reclining mummies, wheezing and coughing to the accompaniment of mysterious beeping machines. Another scene was set in a blinding snowstorm, and I was marshaled into a line of frozen-footed, ragged asylum seekers sharing a rumor of an admitting bureaucrat thousands of people ahead of us and around a corner. But the line was not moving and I knew I was doomed.

And yet, as I shook off the night and banished my nightmares, the venture seemed at least plausible, potentially exciting, and maybe even renewing, no small matters at the age of 65.

I finished packing my carry-ons and took a last look around the apartment where I had lived on and off since my early 20s, wondering if I would ever return. Had I been younger, sentiment would likely have softened me and I might have stayed. But I’m more courageous now: my car was waiting, the flight was due to take off in four hours, and I set out to JFK, leaning forward.

I hadn’t been in an international terminal in almost a year. There were more guards than travelers: everybody was reduced to a pair of suspicious eyes above light blue COVID masks. The airport looked like an abandoned shopping mall and it was almost impossible to believe that a branch of the Palm steakhouse – stuffed with vigorous, juicy young people spending too much money on meat and lobsters the size of small pets — had once operated somewhere in the dark, behind the dingy plexiglass.

I welcomed the release from gravity as we lifted off from New York. I ate a little, pushed my seat back, took an Ambien, curled up and tried to be comfortable. And then there was oblivion, followed by a relieved sense of waking up alive and far away, amidst bustling flight attendants serving morning coffee. looked over green German fields as we flew south from the Arctic. It’s a new day and another world down there and I am pleased that hours have now gone by during which I have not understood a single phrase.

« Alastair Macaulay: Questions arising from the death of Liam Scarlett