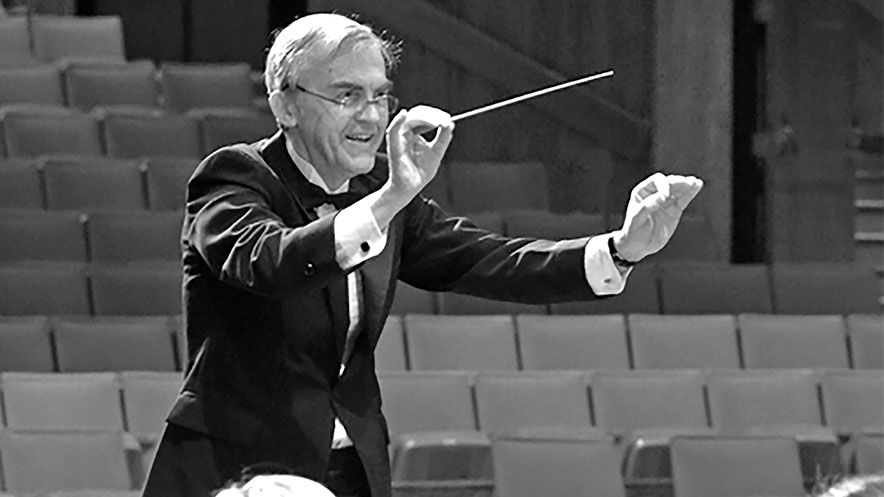 Sad news from the summer school:

Byron Hanson, the first director of both Academy and Camp Music programs, passed away at age 79.

The Interlochen community lost a legend in Byron Hanson, who passed away on March 19, 2021 in Traverse City. Beloved by countless Interlochen students, faculty, staff, and alumni for his musical leadership, gentle kindness, and profound dedication to nurturing young artists, Byron was a fixture and guiding light in our Interlochen family for over 60 years. Among his many important roles at Interlochen Center for the Arts, including as the first-ever director of music for both Arts Camp and Arts Academy and the institution’s first archivist, Byron was a direct link to Interlochen founder Dr. Joseph Maddy, who served as his mentor, colleague, and friend through Byron’s Interlochen education and early career.

Byron Winslade Hanson was born on February 27, 1942, in Edina, Minnesota. He became aware of Interlochen in 1958 as a teenager, when his high school band teacher received a request from Dr. George C. Wilson, director of the National Music Camp (the precursor to Interlochen Arts Camp) for a euphonium player to join the National High School Band for the Camp’s 31st season. Byron was thrilled to take advantage of the opportunity, in which Interlochen covered half the $600 fee for tuition, room, and board….

« A Rite of Spring remade in total isolation

Is there a conductor in the house? No, I’m a doctor »