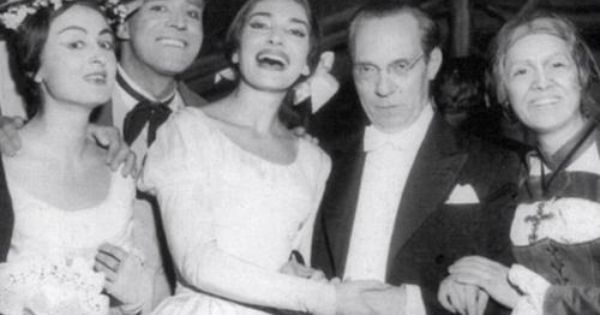 Death of a Callas double, 87

The fine Italian soprano  Eugenia Ratti died this week in her home town of Piacenza.

She made her La Scala debut in January 1955 in the premiere of Darius Milhaud’s David. She next appeared as Lisa in La sonnambula, opposite Maria Callas, in the Visconti production conducted by Leonard Bernstein.

In 1957, she created the role of Sister Constance in Francis Poulenc’s Dialogues des Carmélites.

Internationally, she appeared at the Holland Festival, Paris Opéra, Munich, Vienna and Glyndebourne. She made her US debut in 1958 at San Francisco Opera and sang the following years at Dallas Opera in Franco Zeffirelli’s production of Il barbiere di Siviglia, replacing Callas as Rosina.

« The Met’s New Year gala will come from…. Germany