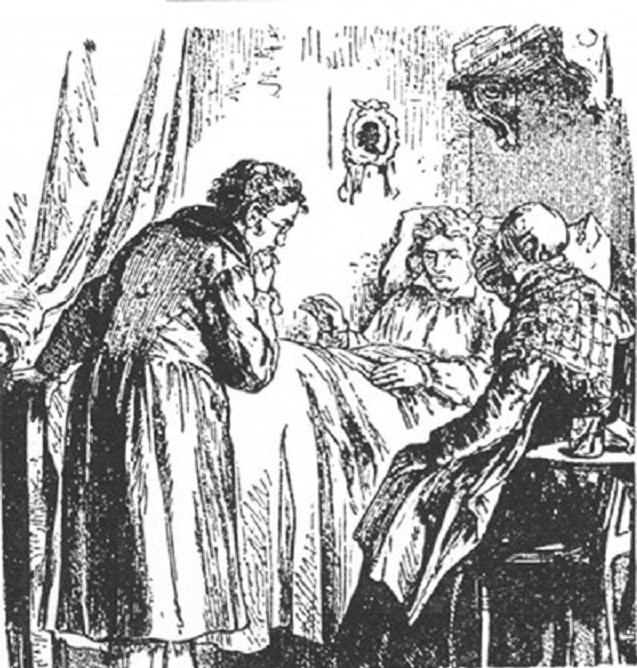 We have reached the last three posts in this six-month survey, sponsored by Idagio.com, of the complete works of Beethoven as reflected through their recorded history. The survey has accompanied us through a time of plague and death. There was a complete cessation of live musical activity around the world. For the first time in memory, we became dependent on recordings as the lone source of musical satisfaction. This unforseen development changed atittudes to the value of recording and to the relation of recording to live performance, though I suspect many years will pass before we appreciate the full implications of that perceptual shift. We are no longer the same as we were before the coronavirus breached our walls. In some ways, isolation may have rendered us more sensitive to music and, especially, to the tragic situation of Beethoven who could hear no music at all in his final years.

The 15th string quartet, his penultimate complete work, was actually composed before the 14th quartet, opus 131, and shares that work’s preoccupation with mortality and its indifference to difficulty. It is, first and foremost, an introspective work. As such, it presents the four players in the group with tough questions as to how they communicate with each other, before they begin to think about how to convey the work to an audience. To give one example, the third movement  climaxes with all four players bowing half notes together sforzando, with sudden emphasis. How’s that supposed to be done, and how do they proceed to the next note?

The Emerson Quartet, nowadays the senior US string quartet, have a technique they call ‘park and go’ – almost stopping the bow after the sfz, and then speeding up the bowing motion towards the next change. Does that sounds hard? It is. The Emersons, as you’d expect, achieve exemplary clarity with this effect and an awe inspiring performance of tise work as a whole.

The central movement (of five) is titled Heiliger Dankgesang eines Genesenen an der Gottheit, in der Lydischen Tonart, ‘a holy song of thanks to God from a convalescent, (composed) in the Lydian mode’. The Lydian mode is a seven-tone scale used in 16th century church music, most vividly by Giovanni Pierluigi da Palestrina (1525-1994), whose ingenuity supposedly rescued music from the enforced return of  Gregorian monody. Is Beethoven hinting here that he is saving the string quartet from regression to Haydn-like simplicities and Mozart frippery? More likely, he is reverting to the devotional music associated in his mind with Palestrina and Johann Sebastian Bach. He opens the quartet with a homage-to-Bach fugue.

His convalescence was from a life-threatening intestinal illness. Despatched by doctors to an out-of-season spa and denied his favourite comforts of alcohol and liver dumplings, he was in a foul mood, berating his nephew, his friends and all who tried to ease his distress. His recovery was slow, punctuated by bursts of anger and energy. He titled the second part of the middle movement Neue Kraft fühlend, feeling new strength. His thanksgiving is neither gentle nor submissive. It is Beethoven in the raw, striving to the end to alter the future of music.

A quotation of this movement can be heard in Béla Bartók’s third (and last) piano concerto; echoes of it permeate Arnold Schoenberg’s 1946 string trio, written after a near-death cardiac experience. Thomas Mann, in his novel of a tormented composer Doctor Faustus employs Beethoven, and this work in particular, as models of the humanly unattainable. Beethoven, having sent the work to a publisher, posted a short musical sketch to one of his physicians together with a rhyming couplet:
Doctor, shut the door against death,
Notes (of music) will help anyone in need.

In his estimation, music was all that stood between Beethoven and his departure from the world.

Among more than 50 recordings, the Emerson Quartet stands out for beauty and the apparent ease of their delivery. Almost at the opposite polarity stand the Moscow-based Borodin Quartet, a group that lived through Stalin’s purges and were still playing when the Soviet Union fell apart, albeit with several changes of personnel. By the time of this 1989 recording, only the cellist Valentin Berlinsky survived from the original lineup, but his growly bass bowing gives their performance a dimension of struggle against great odds. Somehow, as in a Shostakovich quartet, there is more to this than the music you are hearing.

If you listen first to the LaSalle Quartet (1977), you may not turn to any other, so humane and insightful is their reading. Struck by the deep dignity of the thanksgiving movement, it comes as a shock to find that they play it in just quarter of an hour, four minutes faster than others and without ever stinting its internal contraditions. The Quartetto Italiano (1967) take just under twenty minutes over the thanksgiving – almost half the timespan of the entire work – but with such a lilting, singing, integrated manner that it feels entirely natural.

Stand by, then, for a minor jolt when I tell you that in the latest recording, by the Quatuor Ebène (2020), the middle movement eats up fully 21 minutes of their lives and ours and I am uncertain whether this is indulgence or inspiration. The athleticism of this group means there is no loss of tension or intonation and the very slowness brings out baroque dimensions of the Palestrina style that Beethoven many have had in mind. My inner jury is still out on the tempo, but the concluding allegro movement is marvellously supple and affectionate, a kiss on the composer’s troubled brow and a blessing to us all. 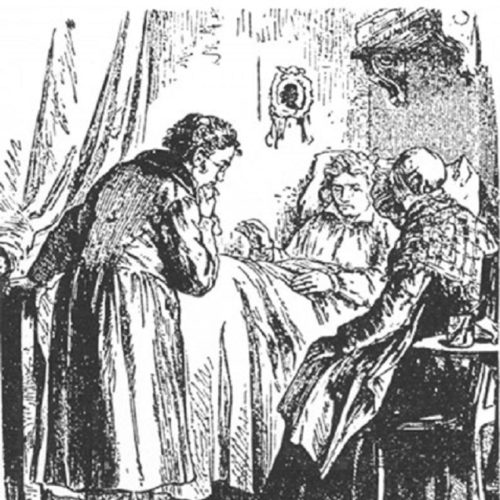