The scene from The Pianist when the fugutive plays Chopin to a German officer. 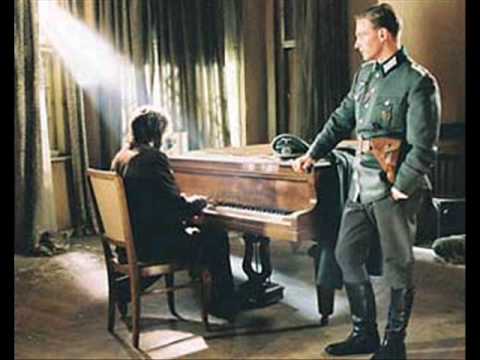