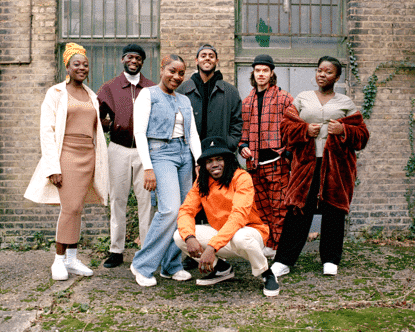 The BBC Proms are delighted to announce that London jazz group KOKOROKO will be making their Proms debut live at the Royal Albert Hall on Monday 7 September.

The 8-piece group, led by Sheila Maurice-Grey, have previously appeared at Glastonbury, 6 Music Festival, and jazz festivals around the globe. Drawing from Afrobeat, highlife and jazz influences, they celebrate West African music greats, and pay tribute to the unique music culture they grew up in. Percussionist Onome Edgeworth says “We love this music and want other people to love it the way we do”.

KOKOROKO will perform some of their most popular works, including Carry Me Home, Baba Ayoola, Age of Ascent, Uman, Ti-De and Abusey Junction.

We name the musical heroes of this Covid summer »