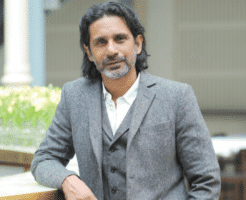 ROH Technical Director Mark Dakin has published an onslaught on his employer:

I am ashamed the organisation for which I work has chosen to exercise the privilege of staying publicly silent about the racist murder of the African American George Floyd, proactively choosing to ignore #blackouttuesday, as it always publicly ignores Black History Month, when so many of our contemporaries have chosen to use their considerable influence to publicly stand alongside their black, Asian and minority ethnic employees and communities more widely, in this devastating and traumatic moment… As a man of colour, the privilege of silence is something I do not have.

He called the ROH ‘an unrelentingly white organisation’.

The ROH said: We are deeply troubled by events of the past fortnight and acknowledge that we need to effect and embed change at the Royal Opera House…. It is essential that we, alongside all our performing arts colleagues, take time to reflect and to renew our commitment to stamping out both conscious and unconscious racism.