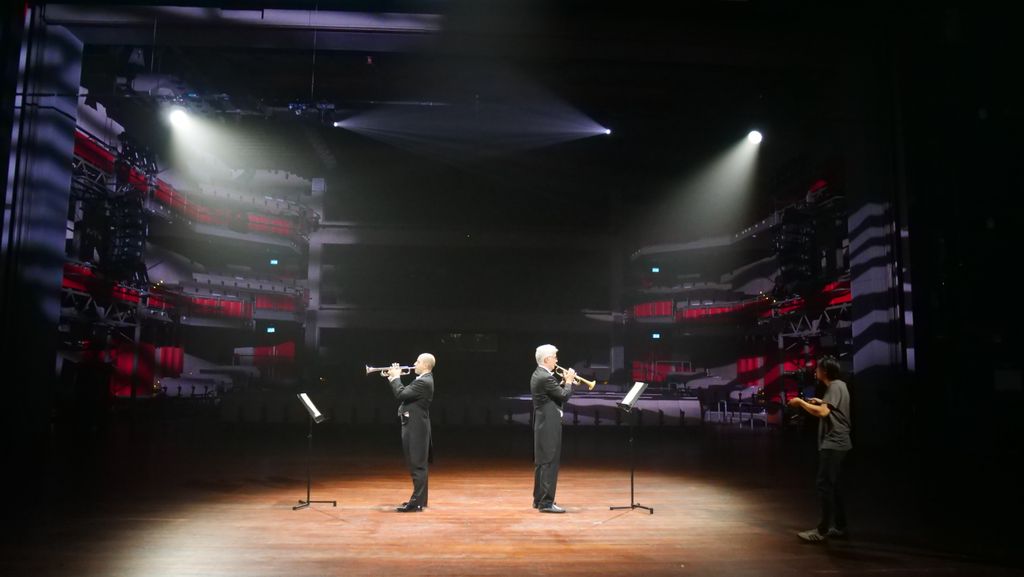 The Japanese conductor Kazushi Ono has been testing Bunka Kaikan Hall in Tokyo with scientists from Keio University in an attempt to ascertain safe distances between players that are also musically viable.

We reproduce part of his report below but the findings are encouraging –  90cm between string players and 1.3m between winds and strings.

On 11 and 12 June, the players of Tokyo Metropolitan Symphony Orchestra and I took part in trials in the Tokyo Bunka Kaikan Hall, in cooperation with Keio University and Saint Marianna School of Medicine. Our goal was to find the delicate balance between creating sanitary conditions and making music, and to explore the possibilities of orchestral playing post-Covid, while reassuring the musicians….

European trials have recommended distances of 1.5m and 2m (including studies by Freiburg University in cooperation with Bamberg Symphony Orchestra and Berlin’s Charité Medical University with seven Berlin orchestras). We started with 2m between musicians, each with their own stand. This meant that only one person from each section could be at the front, as there wasn’t enough space for two people on the front desk. The number of players in each section was 8–7–6–5–2: a total of 29. With 2m distancing, they were spread far apart and filled the stage, so there was no room for any more – either strings or winds. We also kept 2m between the conductor and front desks, and there was an acrylic board between us.

On the first day we were strings only, with a programme of the Prelude and Air from Grieg’s Holberg Suite and Tchaikovsky’s Serenade for Strings (first and fourth movements). I chose the Holberg Suite because the score includes many divisi, so it’s a good test of how divided parts sound and how the musicians can play together when they’re so far apart. They couldn’t hear each other very well and the players on the back desks couldn’t see the conductor properly. It was clear that 2m is difficult to accept from the point of view of musical quality.

Taking account of these results, our medical adviser, Dr Kawase from Saint Marianna School of Medicine, proposed that we take closer positions, under the presumption that non-speaking string musicians wearing masks are not at danger of infection. So, we tried 1.5m, which meant that there was space for more musicians to join us on stage – the formation was 10–9–8–6–4, with a total of 37 players….. 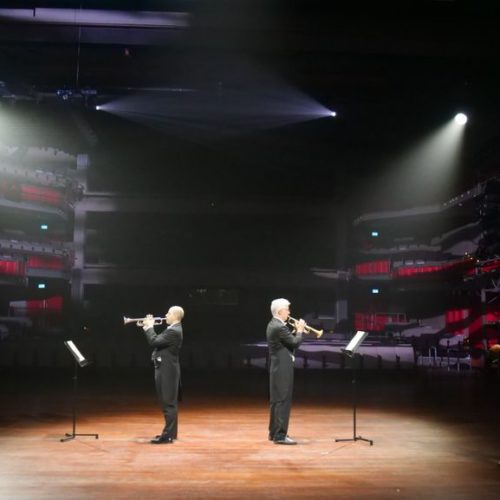 Violin vigil is stormed by US riot police »