This was the scene last night outside a Steinway dealer in Philadelphia. 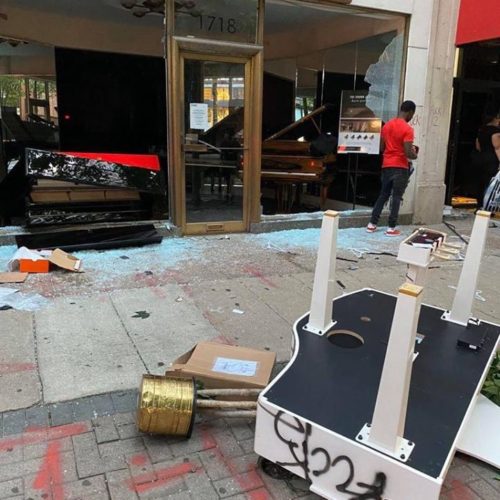