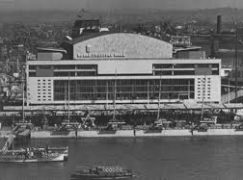 Jessica Duchen takes a blast on her blog at some of the more thoughtful commentators who regard the present crisis as an opportunity to put right many of the things that have rotted and moulded for decades, especially in the larger, badly-run institutions like London’s Festival Hall.

After giving us a three-hankie guide to all of her happy nights front of stage and back, Jessica concludes with a blast at ‘those contrarian pundits who this week said a) theatre’s dying, “*whispers* good” (an actual tweet by a right-wing rag’s arts editor, who probably adored the massive outrage he caused), and b) kill off the Southbank and put it out to “private tender” (hello? this is the biggest arts centre in the biggest city in Europe, with a mission to serve its public, so what are you even talking about?).’

She continues: ‘Can you imagine a sports editor saying “it’s about time we killed off football”? It’s a shoddy, miserable, wanton look to kick something or someone when they’re down; and at a time when an unelected aid gets to address the nation from the Downing Street rose garden to say why it is apparently OK for him to undermine the health rules, it also shows that arrogant squandering of hard-won advantage has become a way of life here. That’s almost as dangerous and destructive as the virus itself. But remember: every dog has its day. There is a thirteenth circle of hell ready and waiting to hand out its keys. Really we should all be pulling together at the moment.’

This kind of piffling unreality does no-one any service, least of all its soft-hearted writer.

The South Bank Centre has been sinking since 1986 when it became a sub-protectorate of the Arts Council, bolstered by £19 million of state subsidy. It spent in excess of £120 million in a site overhaul, which did little to improve third-rate acoustics, and has since dedicated much of its executive attention to milking its potential as a fast-food mall. Classical music has been pushed to the fringes.

Throughout, the Centre has been accountable neither to Parliament nor to the public. It is a bureaucratic anomaly that needs to be reined in, and the Covid crisis gives a democratic state the perfect opportunity to recontitute it from core principles.

I have been arguing for South Bank reform for three decades. Its time has now come. Those who think the SBC can resume as before are flailing in an advanced state of self-delusion. 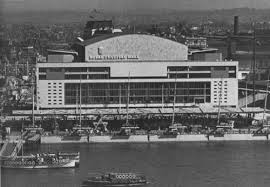