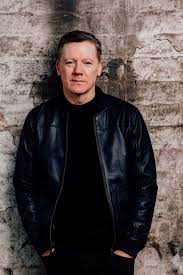 Edinburgh Festival chief: We can’t go back to how we were

A thoughtful statement from Fergus Linehan:

Over the last 30 years or so, it’s been easy to be drawn into a world in which the arts are framed as part of a wider economic regeneration agenda that’s all about tourism and never-ending growth. But now, I think there is a real change of political mood under way; and we’re recognising that that old approach is no longer sustainable either environmentally, or in terms of the real value of the arts, which are so much more than just a branding exercise. The Edinburgh International Festival has always had an international mission, of course. But it shouldn’t be beyond the wit of man to make it both a festival for the wider world, and a festival for Edinburgh and all its people; and I think that after a year in which, for once, we don’t have to produce a festival on a tight schedule, none of us are going to have any excuse for not coming up with some brilliant new thinking about what an international festival might look like, in those new times.

That’s serious stuff, and much needed.

Arvo Pärt: Coronavirus has shown us that humanity is a single organism »