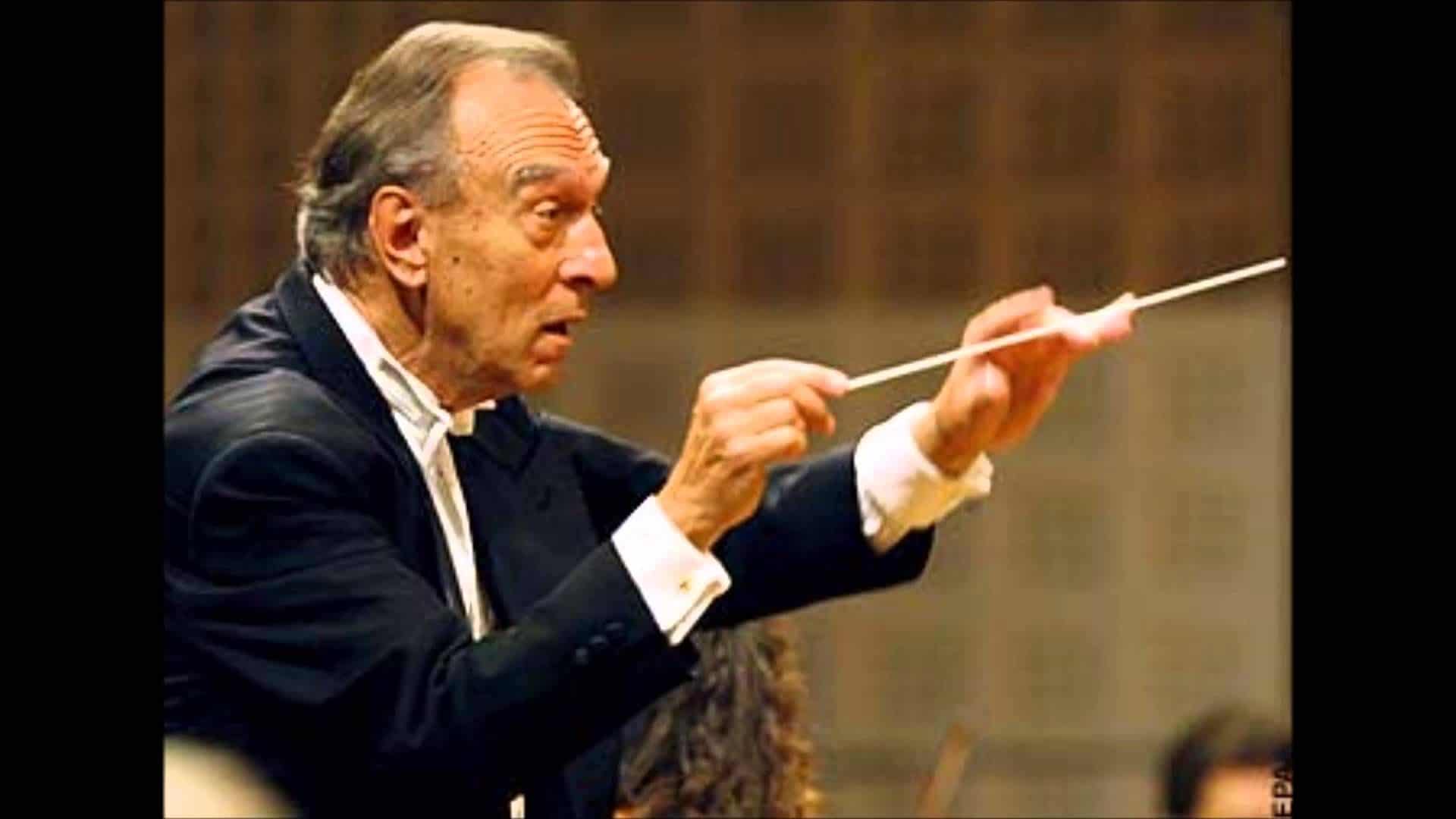 There are two reasons Beethoven wrote only one opera. The first was that it took him eleven years of intermittent revisions. The second is that he was still dissatisfied with Fidelio when it reached its final form. ‘This opera will win me a martyr’s crown,’ he said upon seeing the fourth and last version, referring to it as ‘what was saved from the shipwreck’.

Opinon has divided ever since. Hector Berlioz extolled its ‘energy, grandeur, originality and a deep feeling’ (he went on to compose a problematic opera of his own). Leonard Bernstein called the opera ‘a celebration of life,’ and went on to say, in a televised lecture, that ‘everyone will admit that, as operas go, Fidelio has its weaknesses.’ Bernstein wrote it down as ‘a flawed masterpiece,’ itself an unsatisfactory dismissal since the flaws come thick and fast in the opera before one can begin to suspect that it might be a masterpiece.

The story, for starters, strains credulity. Based on a true incident during the French Revolution when a young woman dressed up as a man to spring her political-prisoner husband from jail, the opera wants us to believe that Leonore’s disguise as the young man ‘Fidelio’ is so effective that the jailer’s sexy daughter, Marzelline, falls in love with her. On discovering her gender confusion, Marzelline pledges to help the cross-dressing Leonore/Fidelio to get Florestan out of the dungeon.

In two words, the opera is about love and freedom but you have to get to the final reconciliation before its disparate, barely functional elements cohere in an ending that overwhelms all doubts in a rush of human compassion.

Bernstein, who conducted one of the finest performances on record, blames the faults in the story on its playwrights, but Beethoven cannot be exonerated from the muliple lapses of this uneven masterpiece, demonstrating time and again his inaibility to cover up the gaps with music that defeats all doubts. Gustav Mahler, a genius at redeeming misshapen operas, accentuated the power of the final scene by preceding it with one of several discard overtures, lating almost quarter of an hour. Mahler gave Fidelio a lasting reputation as ‘a conductor’s opera’, but the truth of the matter is that only an exceptional cast of singers with great acting ability can bring off a triumphant Fidelio.

Bernstein, in his 1978 DG recording has a near-dream cast in Gundula Janowitz as Leonore, René Kollo as Florestan and the subtle, cool-voiced Lucia Popp as Marzelline in a Vienna production that won endless ovations. The trouble is that Kollo is no match for these strong women and you wonder why Popp is wasting her sweet voice on either of them. Hans Sotin is an appropriately terrifying jail boss. There is an alternative 1970 Bernstein recording from Rome with a less slick orchestra and chorus, but with Helen Donath and Birgit Nilsson giving their all as the female protagonists.

The problem with most productions is the interjection of spoken text, which make Fidelio more Singspiel than opera. Many opera singers are uncomfortable declaiming German text of no singular poetic beauty. The listener is even more uncomfortable. One recording gets around this dilemma by employing actors from the spoken theatre to deliver the prosaic lines. Ferenc Fricsay’s 1958 interpretation has other transcendent beauties. Check track 4 for the ‘wunderbar’ quartet and you will be swept away by a perfect ensemble of Irmgard Seefried, Leonie Rysanek, Dietrich Fischer-Dieskau and Ernst Haefliger.

In Tom Stoppard’s new play ‘Leopoldstadt’, one of the characters helpfully points out that, to reopen the bombed-out Vienna State Opera in 1955, the newly reconstituted Austrian Republic put on a production of Fidelio – the great liberation opera – conducted by an avowed Nazi. The conductor was Karl Böhm, who in 1938 had exhorted players in the Vienna Philharmonic to vote for union with Hitler’s Germany. A recording of Böhm’s 1955 staging survives; the singing of Irmgard Seefried and Martha Mödl is above reproach.

Wilhelm Furtwängler was prone to say that ‘Fidelio is not an opera in the sense we are used to, nor is Beethoven a musician of the theatre.’  Aware of those deficiencies, and equipped with a celestial cast – Sena Jurinac, Rudolf Schock, Mödl, Gottlob Frick, Wolfgang Windgassen – the wily concudctor covers the cracks with slick dexterity. Of the four Furtwängler recordings, this is superior in all respects.

Erich Kleiber recorded Fidelio in Cologne a few days before his death in Zurich, in January 1956, apparently by his own hand. Kleiber, who could not put a beat wrong in Beethoven, never recovered his status in post-War Europe after returning from South American exile. His Fidelio is at once humane and precise, an attempt to extract the best from this oddball opera before time runs out. The cast includes , Birgit Nilsson, Hans Hopf, Ingeborg Wenglor and Gottlob Frick.

Leading conductors of the recording age – Karajan, Solti, Haitink, Maazel, Masur, Colin Davis – all had a go at Fidelio without leaving a lasting mark. Nikolaus Harnoncourt, always so sound in Beethoven, lacks dramatic daring. In the next generation, Daniel Barenboim and Simon Rattle led the line, but the production that stands out from the end of the record album age is Claudio Abbado‘s in 2010. Abbado had led a golden age at La Scala and a more turbulent decade at the Berlin Philharmoic before struggling in his final years with an emaciating stomach cancer that, rather than disabling him, seemed to liberate a freedom of interpretation and fantasy.

His Lucerne Festival performances survive as a monument of courage and hope. In Fidelio he had Nina Stemme and Jonas Kaufmann. The penultimate duet is studiously undersung, as if the relationship between Leonore and Florestan will now have to be rebuilt from scratch and might not survive. Having been freed by his wife, will he acquire the humility to defer to her? The finale sweeps all critical reservations to the bin where they belong. Abbado’s Fidelio would be my first choice – were it not for an unassailable classic album…. 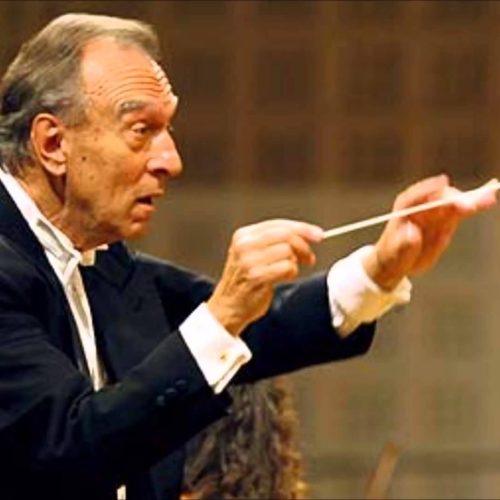 To be discussed tomorrow.

« Bring back Busoni, all is forgotten