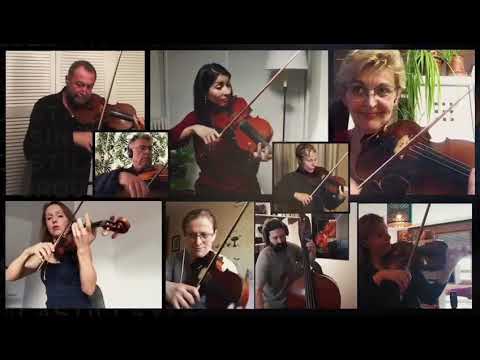 My friend Dianne Winsor, principal flute of the Orquesta Sinfonica de Castilla y Leon in virus-hit Spain, has sent over a video she and her locked-down colleagues have made of the finale of Beethoven’s 9th symphony.

Like the viral Rotterdam version, it’s made by musicians in their home to a pre-ordained click-track (wonder who’s conducting).

Unlike Rotterdam, it seems to involve half the orchestra – possibly half the town.

That’s Dianne in the top-left hand corner of the screen at around 2:05. And the percussion fade-out is a total dissolve – almost in tears.

As of this morning, the Rotterdam Beethoven 9th has been watched 291,000 times on Slipped Disc, and a million times overall.

A stirring in the ruins of crashed UK artists agency »