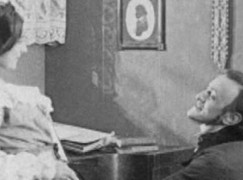 Concerto Köln plans to present one Ring opera a year from 2022, played on early-19th century instruments.

Voices could be small.