Riccardo Muti has appointed Daniel Gingrich to be Honorary Principal Horn for Life of the Chicago Symphony Orchestra in recognition of his period as CSO Acting Principal Horn since 2013.

Daniel joined the CSO  as assistant first/utility horn (bumper) in 1975 then moved up to fourth horn, then third horn, then eventually Associate Principal  horn.  He is widely appreciated for his artistry and his human qualities. 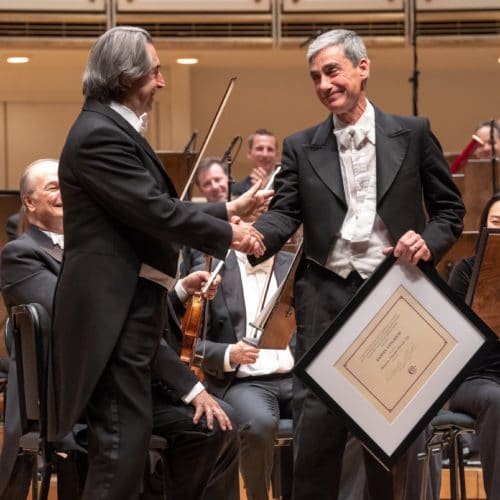