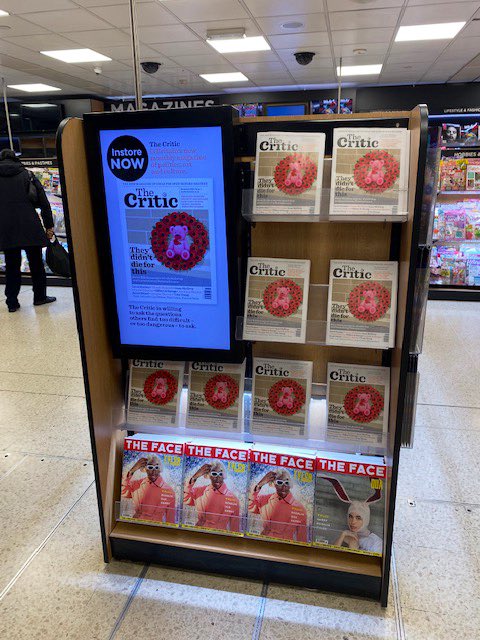 From my launch piece in an important new magazine, The Critic:

Arriving as assistant editor of the London Evening Standard in March 2002, I dismissed nine critics and hired 12. This caused a bit of a stir since critics were held to be sacrosanct, but I felt the field was in need of a shakeout with far too many old-timers recycling idées fixes and few signs of renewal.

Not to mention the vested indulgences. One dear man informed me that it was his right to have an after-show dinner with a glass of wine on my budget, the better to digest a performance (as it were) before he reviewed it. Another confessed he could hardly bear to hang around for the second half of a concert. A third had to be regularly rewritten by the night desk….

Ever since its 18th-century origins in the London coffeehouses of Swift, Addison and Defoe, criticism has been a fragile organism. An opinion is no more than a bubble in the air and we would all be much the poorer if some spoilsport went round pricking it. Aware of my responsibilities to preserve the bubble, I increased review rates and allowed the rumbling tummy to carry on charging his dinners. Picking, training, editing and sustaining a critic is one of the toughest challenges in journalism and I am proud to have helped quite a few of them to spice up the public conversation. Which is why my heart sank twice this past summer at a pair of onslaughts on the genre….

How to become a classical music influencer »