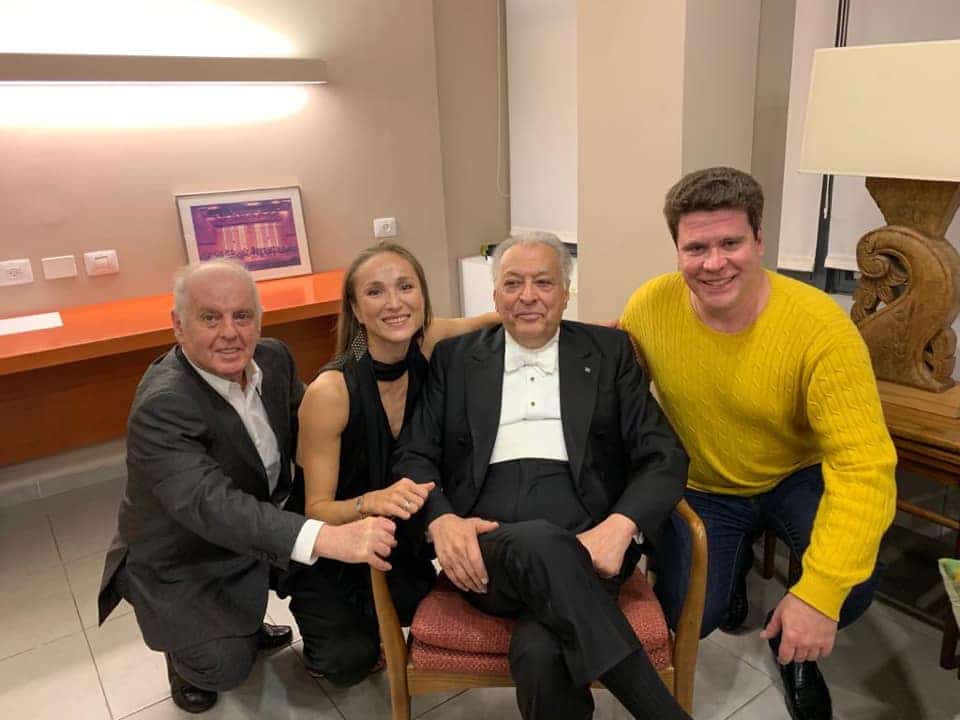 Daniel Barenboim has not been seen in Israel for several years, neither as a performer, nor at his wife’s Jerusalem chamber music festival.

The reasons are all too political.

But yesterday he was there, at Heichal Hatarbut, applauding his best pal Zubin Mehta in one of his last nights with the Philharmonic. 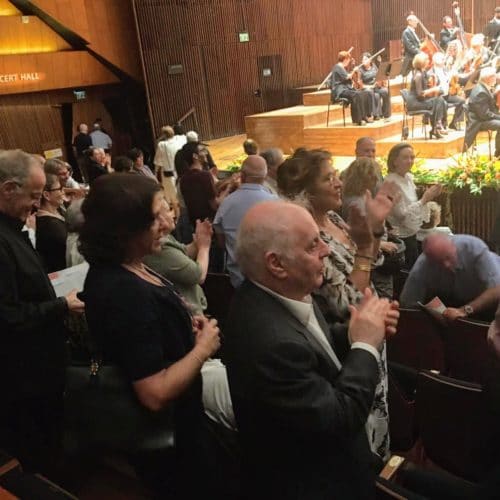 UPDATE: The pianist Denis Matsuev has posted a backstage photo, with the Bolshoi’s Ekaterina Shipulina: 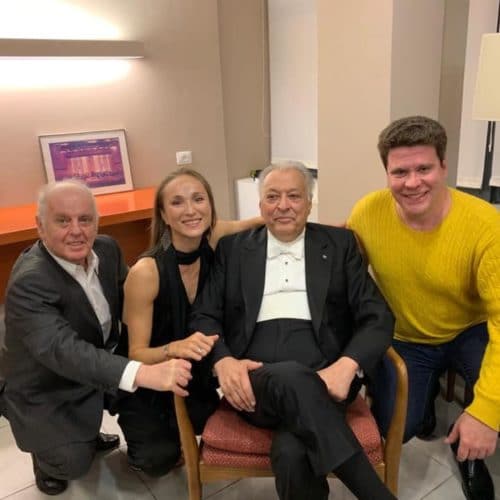