This was Bernard Haitink last night in Lucerne, receiving the final applause of his career.

His wife waits to help him off the stage. 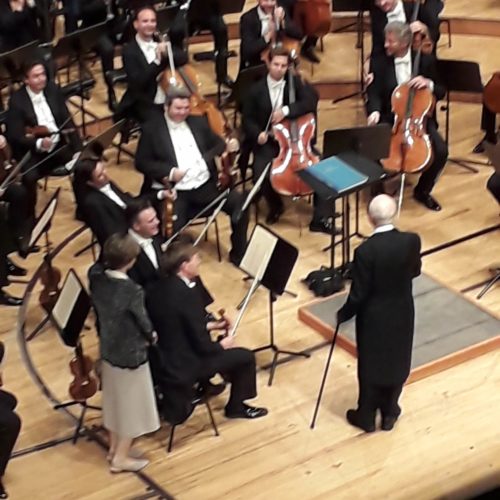 And here are the final moments of music making:

Goodnight from Vienna ✨
I am not usually allowed to post VPO clips but as this is official, here are the final moments of Bruckner Symphony 7 with the amazing Maestro Haitink (aged 90) last night in Switzerland. Indescribable! #Luzern #Haitink #Bruckner #ProfBEN #VPOTour pic.twitter.com/ufEjeOtWNU

One of the flutes can be seen with tears in her eyes.