This guy sang longer than Domingo

The Danish commentator Henrik Engelbrecht reminds us of the glorious career of his compatriot Peter Schram, who made his debut at the Royal Opera in Copenhagen in 1841 and did not retire until 1889, after which he continued to take the stage as an actor until his death.

He made the earliest known recording of Mozart. 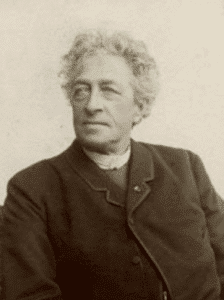