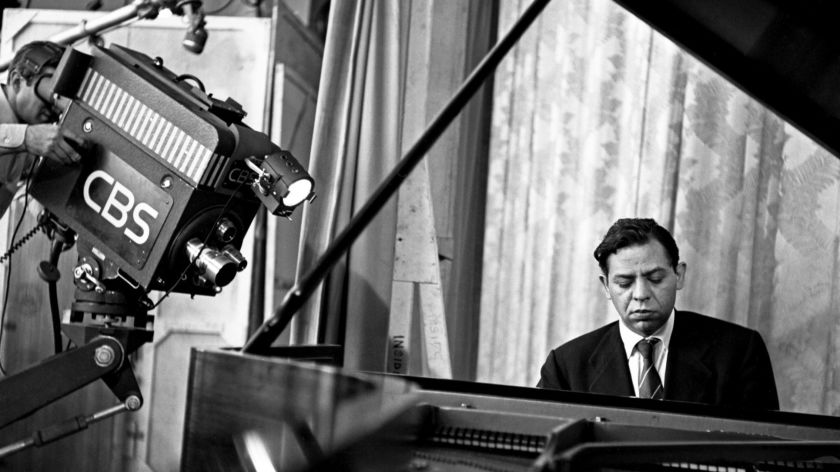 The car wreck of an American piano star

Joseph Horowitz has an interesting essay in LA Review of Books on the once-celebrated Oscar Levant, now all but forgotten.

Among other things he writes:

Levant even commissioned Schoenberg’s 12-tone Piano Concerto — though they wound up haggling over the price tag. He intended to perform the premiere, practiced the music — and gave up. Levant’s own Piano Concerto bristles with Schoenberg’s influence (you can hear Levant perform it on YouTube, with the NBC Symphony). Levant characteristically opined: “[T]his music reflects an arrogance and a pretentiousness based on an economic and emotional insecurity. However, those are days we now look back on as happy.”

Levant, however, got hooked on fame.

(Jack) Paar variously called Levant “a man for whom living is a sideline,” “my favorite far-outpatient,” and “one of America’s true geniuses.” He also quipped: “He’s as nervous as he is clever — for every pearl that comes out of his mouth, a pill goes in.” He enjoined his audience to bear in mind that “appearing here is good for Oscar; he looks forward to it. He enjoys an audience’s warmth again. Just coming here is therapy for him.”

« The Netrebkos are on a final warning