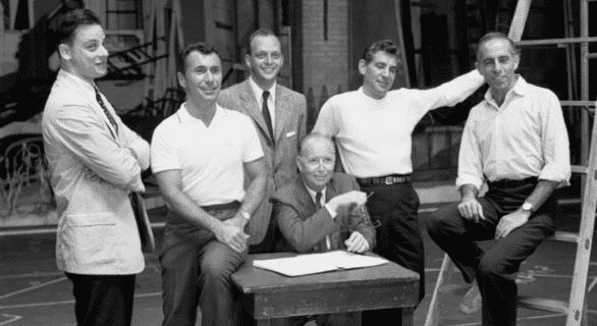 The Bernstein family and the Leonard Bernstein Office are devastated to go forward in our lives without our beloved Hal Prince.

Prince met Bernstein when he was the stage manager of Bernstein’s second musical, Wonderful Town, back in the early 1950’s. Later in the decade, as a producer, he rescued a little show called West Side Story from perdition after its first producer, Cheryl Crawford, backed out. The rest, as they say, is history.

The connection between Prince and Bernstein was far more than professional; they were luminaries in the extraordinary cultural milieu of New York City in the mid-20th century. And their two families were close as well. So this loss is felt at multiple levels for all of us in Bernsteinland. We send all our love to Judy, Daisy, Charley, and everyone in the newly narrowed Princeland.

A US orchestra survives, for now »