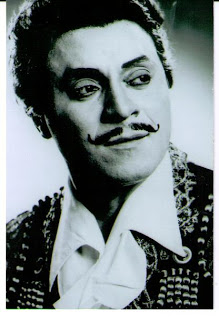 Banned in the USA, William Ray made his name in European opera

The death has been posted of William Benjamin Ray, a baritone from Lexington, Kentucky, who, unable to get work in racialist US concert halls and opera houses, found considerable success in Europe.

Georg Solti gave him a break in 1957 as Amonasro in a Frankfurt Aida. Others soon came calling.

Settling near Stuttgart, Ray went on to sing at Vienna, Hamburg, Milan, London, Brussels and Munich, and was cast in more than a dozen so-called ‘exotic’ roles on German network television.

Returning to the US in 1982, he taught voice at the Peabody in Baltimore for a decade, putting in a further decade at Howard University.

« Carnegie Hall went black, and the choirs sang on

Tears in orchestra and audience as Zubin steps down »