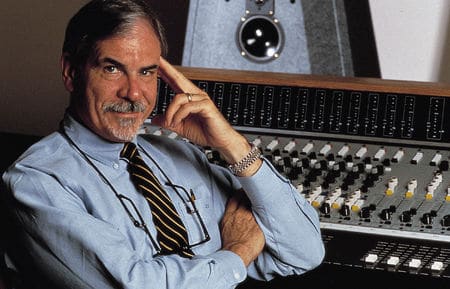 Death of a label legend, 84

We have been informed of the death this weekend of Jack Renner, winner of 11 Grammys for his classical recordings.

…’It was in 1977 that Telarc was founded, and things started going in the direction that we find ourselves today. Back then, as you may recall, Doug Sax was leading the direct-to-disc revolution. Sheffield Labs was going great guns; it was obvious that was what audiophiles wanted. So we decided we’d do them one better and make a direct-to-disc recording with a major orchestra. We approached Lorin Maazel at the Cleveland Orchestra, and he said, “Well, I’m an adventuresome person, let’s do it.” The LP was the rather cleverly titled Direct from Cleveland and it was a three-way collaboration between us and Bruce Maier, the founder of Discwasher, and Glen Glancy, who owned a record company in California at the time….’