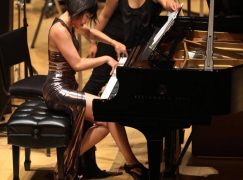 The over-exposed pianist has been talking to Christian Berzins at Zurich’s NZZ am Sonntag:

‘I do not want to be a slave to the repertoire. Maybe I’ll have a baby, maybe I’ll quit at 35, because then I won’t enjoy it anymore. Who knows?’

‘I was home in New York for two weeks, and I enjoyed that time extremely! I met friends, did my stuff and also practiced something. It was so nice! It pulled me back. But then there was check-in again and check-out at the airport, transfers, trains, stress, concert in the evening.’

The headline echoes her self-doubt: ‘Bin ich Gott oder Abfall? – Am I God, or garbage?’ 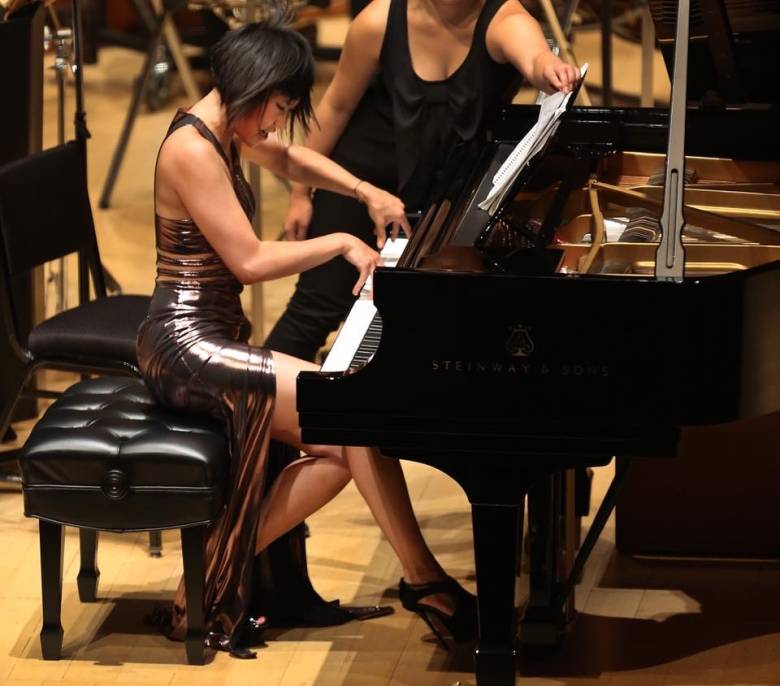 UPDATE: In defence of Yuja Wang