The Polin museum of Warsaw is holding a concert on the eve of the Uprising anniversary to commemorate artists of the Jewish Symphonic Orchestra and their soloist Josima Feldschuh. Eight members of Josima’s family have flown in for the concert from Israel and the US.

The background:
On 15 March 1941, in the Warsaw Ghetto, the Jewish Symphony Orchestra played a concert featuring the pieces by Mozart and Schubert. with 11-year old pianist Josima Feldschuh as a soloist. The concert proved to be a great success. A review in the ghetto newspaper read:
11-year-old girl appeared on stage, sat down at the piano and played Mozart’s concert. The first part was performed beautifully by the little pianist, however the second and third parts left the entire audience filled with awe. This girl demonstrated great musical talent from the early age. At one point, for example, she ignored the baton of a conductor who had made a mistake and continued to play with perfect precision. Even if one should never predict the future of a child prodigy, in this case we may safely assume that should she continue to progress at this pace, her talent will develop and reach the highest level.

In 1942, mass deportations from the ghetto began. The members of the Jewish Symphony Orchestra were sent to Treblinka extermination camp – among thousands of other Jews from the ghetto. Josima and her parents managed to hide during the Nazi round-ups of Jews and avoid deportation. In early February 1943, they escaped from the ghetto and found shelter in a village on the outskirts of Warsaw.

Josima had already been sick. During her stay in the ghetto she contracted pneumonia which developed into tuberculosis. Rachel Auerbach notes in her article: I belonged to those Jewish ‘Aryans’ who could move freely around the city. I decided that it might still be possible to put Josima in a sanatorium for people suffering from tuberculosis. On Saturday, April 17, on the eve of Pesach and Easter, 2 days before the outbreak of the uprising in the Warsaw ghetto, I went to the doctor who examined Josima. Her diagnosis was short and clear: There is nothing we do to save the girl! Josima’s lungs have holes like a sieve. Her days are numbered. Maybe she will stay alive for another week or maybe even not that long …

On my way back from the doctor’s, I walked the city streets, filled with terrible pain. Overwhelmed with the weight of my suffering, I stopped in front of store windows on this festive evening. On each side, alongside the wretched goods of the wartime, there were woven baskets, and in them small chickens made of fluff. Josima liked all these decorations so much. Our dearest and most beautiful Josima!

Josima died on Wednesday, April 21, on the second day of Passover, the third day of the uprising. In a city enveloped in the smoke from the burning ghetto, torn by explosions, trembling from the shots, the sad news reached me. Josima passed away in the tiny village of Pustelnik – for me, her death was the death of a dear and admirable human being, whose life was in some sense interrupted there, behind the walls engulfed in the bloody fog.

To commemorate the Jewish Symphony Orchestra, Josima Feldschuh and the civil resistance in the Warsaw Ghetto, POLIN Museum is organizing a concert. Sinfonia Varsovia Orchestra led by Gabriel Chmura will perform Schubert’s “Unfinished Symphony” and Mozart’s 9th piano concerto.
The soloist will be 16-year-old Lauren Zhang, the BBC Young Musician of the Year 2018. In the intervals between the pieces, Polish actors Joanna Szczepkowska and Robert Więckiewicz will read excerpts from Josima’s father’s, Reuven Ben-Shem, diary and Rachel Auerbach’s article entitled “Josima” which was published in 1951.

The concert conclude with Chamber Symphony No. 4 by Mieczysław Wajnberg—the last piece he managed to complete before his passing in 1994. The symphony is a unique testament in which one can hear the echoes of Jewish music, the atrocities of war, the life in Stalinist Russia and the hope for the future. On 19 April 1943, the Warsaw ghetto become the site of the largest army combat initiated by Jews during the Second World War, and at the same time the first urban uprising in occupied Europe. However, that was not the only mode of resistance against the occupying force. Polish Jews imprisoned in the ghetto fought for their dignity every single day.
Music was one of the symbolic forms of their fight.

The Jewish Symphony Orchestra performed in the ghetto in the years 1941-1942. It consisted of Jewish musicians who before the war had been employed by the Warsaw Philharmonic, the Warsaw Opera or the Polish Radio Orchestra. At its peak, the Jewish Orchestra boasted ca 80 musicians. The concert is organized within the Wajnberg@100 series, realized by POLIN Museum together with the Association of the Jewish Historical Institute of Poland. To celebrate the composer’s centenary, his music is being presented throughout the year at POLIN Museum. 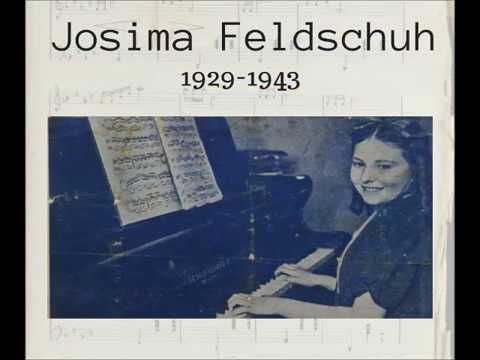