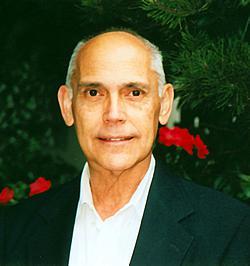 Colleagues and students report the passing of Alejandro Planchart, a world authority on medieval music and a prolific contributor to Grove.

Caracas born, he taught first at Yale, then at the University of California, Santa Barbara, conducting numerous recordings of early music.

He died at Santa Barbara on April 28.

« You wait for one Elgar and three come along

Musicians who ran the 2019 London Marathon »