How long can Munich maintain its Michael Jackson Denkmal?

This is the Michael Jackson Denkmal on Munich’s Promenadeplatz here in Munich. It stands in front of the Hotel Bayerischer Hof, where the late pop singer used to stay, half-covering an 1862 monument to the medieval Belgian composer Roland de Lattre.

Two women fans keep the candles lit and the images dry almost every day. The city turns a blind eye.

But as Jackson is being banned from the airwaves in many countries after accusations of child abuse, how long can Munich allow this tribute to continue. 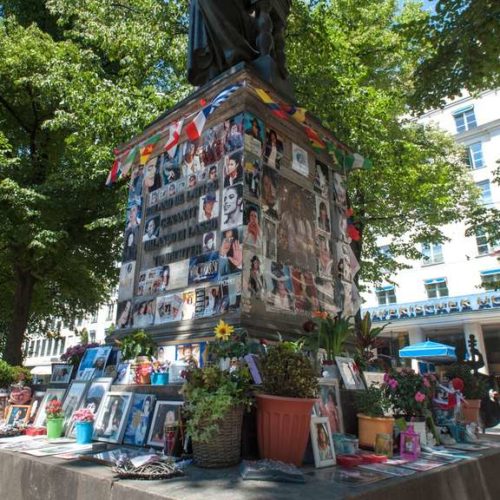