Conductor’s out? Concertmaster takes over tour

Nathalie Stutzmann was due to lead the Royal Scottish National Orchestra on a Beethoven Five tour through Perth, Edinburgh and Glasgow.

But Stutzmann has just dropped out ‘for personal reasons’, whatever that may mean.

Instead of hiring another conductor, the musicians proposed that the tour should be directed by RSNO Leader Sharon Roffman. Music director Thomas Søndergård liked the idea.

Our ear on the inside says: ‘What it provides is an opportunity for large ensemble to be directed from the first chair, which can only really be done with a band in solid, confident shape. We’ll be doing more of this next season too.’

Ms Roffman says: ‘One of the fun things about playing with different conductors every week is that we, the musicians, get to be like musical chameleons, changing styles and interpretations according to each conductor’s taste and ideas. The great part about playing without a conductor in a collective spirit, is that each musician no matter which chair or instrument, has a voice and is part of the process of creating a unique interpretation, unmistakably our own. I’m looking forward to embarking on this journey with my colleagues!’ 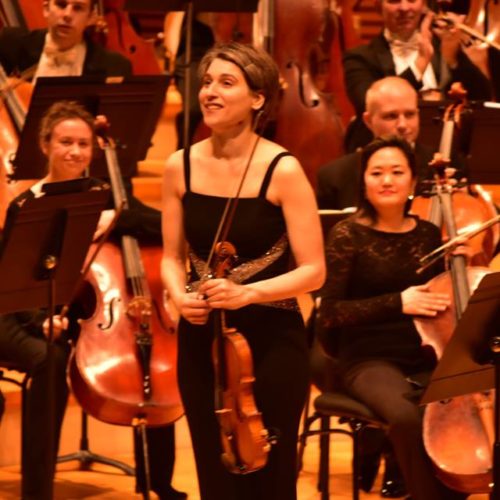 UPDATE: The RNSO has issued a coda: ‘The RSNO would like to clarify that Nathalie did not withdraw from this engagement unilaterally. This was a mutual decision, taken eight months ago, due to a combination of unexpected repertoire and scheduling difficulties on both sides of the equation. The RSNO regrets any implication otherwise and we very much look forward to working with Nathalie in the future.’