We have been informed of the death of George Neikrug, renowned for his recording of Bloch’s Schelomo with Stokowski. Neikrug died at his home near Boston on March 8th, a day after his 100th birthday.

Starting out as principal cello of the Baltimore, Pittsburgh and Los Angeles oirchestras, he went on to teach at Detmold, Oberlin, University of Texas-Austin, and (from 1971) at Boston University.

He is survived by his sons, the composer Marc Neikrug and the actor Barry Neikrug. 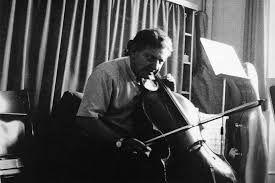