Engraved with the maker’s name, Chris Johnson of Loughborough, it was registered on the call-list of stolen instrument but Daniel had little hope of seeing it again.

Then he got an email from Paris. Sandrine, from Pierre Berthel’s music shop in the Rue de Rome, said a man had tried to sell her a Johnson violin. She went off to check the list of stolen instruments. Police were called and he was arrested.

Daniel, 32, will be getting back to practise over Christmas. 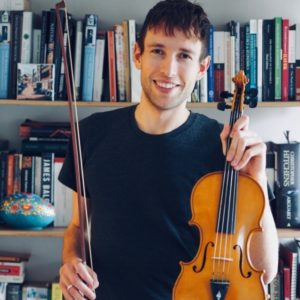 Read more in the Ham & High.