You’ll need a strong constitution to read violist Tomoko Akasaka’s account of her treatment by ANA airlines at Tokyo’s Haneda airport. The long and the short of it: she was bumped off a flight in the middle of the night, and with nowhere to stay.

Last night on the 9th November at 1 am, I was supposed to take a flight with ANA (actually I didn’t know about that was a code share since I bought this ticket on the Lufthansa website) from Haneda airport in Tokyo to Frankfurt am Main, since I had to teach the whole day in Düsseldorf Hochschule and heading to near Mannheim for rehearsals.

At the check in desk, I was asked to make a another packet due to my luggage has exceed 2kg of their weight limit. And I did it.

When I checked in both luggage get the tags of them and about to get my boarding pass, the lady at the desk asked me that my instrument is too big to carry into the over head bin. It was about 8 cm too long. And the flight is almost full so there will be no place for the instrument.

Well, since 20 years I had never had a serious problem about this with inter continental flight. (I know there are several issues within Europe but not for over continental one, I will tell you why) because from Japan to Europe, one can bring up to 2 of 23kg luggages for free as a holding luggage. And almost no one goes to Europe only with hand luggage, and the overhead bin is way lager than the European domestic flight. Because of those reason, overhead bin is always pretty empty. I have explain that to her.

She also started to talk another thing, there was some musician from the brass band who was asked to put their instrument as a holding luggage and they did it. In case they see me bringing my instrument into the cabin, they are going to complain and this can lead the delay of the flight.

Well, this is a situation that I could not estimate, however in any case I cannot agree to such a condition letting my instrument more than 10 hours under -20 degrees extreme dry place, it’s not a metal instrument and my insurance company will not cover such a situation. I won’t let my instrument which I am pretty dependent of my professional career by unknown person’s hand who is throwing them next to other heavy luggage. No way.

Then she asked me to purchase extra ticket for my instrument which cost about 4000 euros.
She was also insisting about their regulation, which I was not informed because I bought this ticket via Lufthansa website specially for avoiding those issues.

How could I know that ANA has a different rules? However my inbound flight from Düsseldorf was also full and also with ANA, and there was absolutely no problem. I have been using this airline several occasions since 20 years, I had never had any problem for inter continental flight.

And I have to explain that Violin/Viola instrument case usually don’t fit to the seat, since it’s too thin and the shape is too strait and “I” shape, not “L” shape, the belt cannot hold the instrument properly, so I was always asked to put them overhead even I normally buy 2 tickets for Japanese domestic flight. I often get reimburse for the seats at the airport.

The belt system is the same everywhere, so I explained to her that they have to ask me to put over head, and if your explanation of full flight tonight, I will have no chance to bring my instrument even I buy a new seat for them. She could not answer to this question.

Other person came, and said “normally famous musician always buy an extra seat” what does it mean famous? And how about the belt situation?? Maybe they misunderstand with the cellist? Well you don’t need to be famous for buying such a ticket.

And also “within 2 minutes we will close the check in counter, you have to decide now either you will be kicked out or you buy the ticket now” and I asked again about this belt situation, even I purchase this 4000 euros ticket I will not able to use this seat for my instrument, and there is no space for the overhead, are you going to reimburse this price? And am I not going to be able to get in at the gate? When am I get to know about this info? No answer. They just repeat their regulation which I WASN’T informed last 20 years. (And from Lufthansa either) OK, it’s not their responsibility not accepting me but it is more than 100% not my fault for sure. And I asked them to contact Lufthansa, they said there is no contact to them, strange. I thought you guys are the one who cooperate. Not me.

So I asked them “what should I do then? Then they suggested to change the flight which is 12 hours later. Then they can accept my instrument. WHAT? You guys insist so long time about your regulation, but tomorrow is ok? What is your rule? No answer.

I got confused, what was actual reason to reject me? Luggage space? Regulation? Or the delay due to other customer who might complains to them? No extra seat?

At the time, there were 4 people standing in front of me, they didn’t answer, but saying apology only. My flight was already gone. Without any compensation or suggestion of the hotel (ANA has a hotel attached to the airport, I remember afterword) I was thrown out at 1:30 in the morning at the airport to wait until 11:20.

I was calling my hotel in Yokohama (40min away) to cancel my early check out, took a taxi which I really luckily find at 3:00, got a little rest and came back to get the new aircraft.

At the check in counter I was asking if they will reimburse the taxi cost, because I realise it’s strange that they didn’t suggest any compensation. They apologised so many times telling that “ we understand our service last night was terribly rude and unfair, even I personally listened I can imagine how you feel” but no compensation. Of course no upgrade etc.
When I get into my seat, a cabin attendant came to me “ we made a empty space for you next to your seat, however in a last minutes there is someone coming into this seat, we are going to check it again, but can you sit next to this person?”

I was almost laughing. Are you serious? Are you telling me that they are doing extra service without doing it? You don’t have to tell me anything if you cannot do things, I am tired of hearing those hot air.

I am not willing to complain, I am not expecting to feel better or anything. I just need things proceeding. I lost so much time, I lost so much energy, I lost money as well. I am still struggling to fix my planning.

ANA I am deeply disappointed about your service. I try to avoid to buy your service. Because it’s not real, and your rule is not trustable. 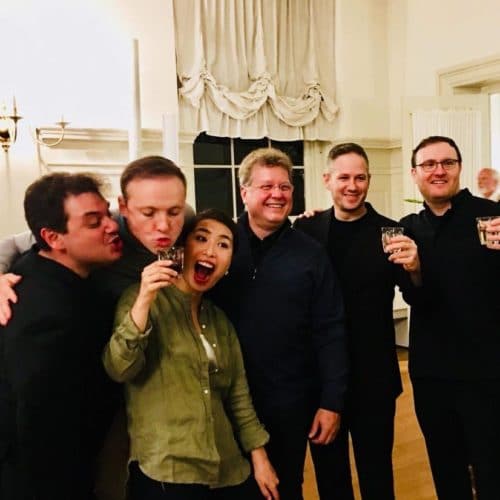