A saviour for Baltimore

Michael Bloomberg has just given $1.8 billion to abolish student loans and make tuition affordable at Johns Hopkins University, which includes the Peabody Institute.

Bloomberg is a Baltimore grad.

It’s not clear how his gift will affect music tuition, but it will make Peabody more diverse and attractive to bright students and that can only be beneficial for a city that seemed to be heading for culture crash. 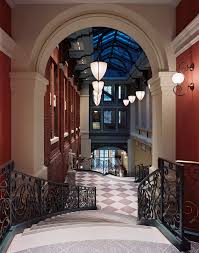 Beginning in the fall of 2019, Johns Hopkins will be a loan-free institution. We will replace all undergraduate student loans with scholarships, and we will reduce overall family contributions to financial aid.

In addition, for the spring 2019 semester, we will offer immediate loan relief to every enrolled undergraduate student whose financial aid package includes a federal need-based loan.

This will make admissions at Hopkins forever need-blind; finances will never again factor into decisions. The school will be able to offer more generous levels of financial aid, replacing loans for many students with scholarship grants. It will ease the burden of debt for many graduates. And it will make the campus more socioeconomically diverse.