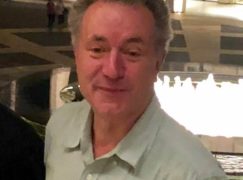 It was announced this morning that the excellent dance critic Alastair Macauley will retire at the end of the year. Expert, passionate and impartial, with an impressive memory for detail, he has long been the best read on the culture pages. (The retirement of another critic, long decided, has been mysteriously delayed.) 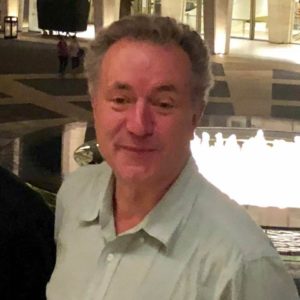 Message from the culture editor:

It is with sadness for the Culture department but delight for him that we announce Alastair Macaulay will retire from his post as chief dance critic of The New York Times at the end of 2018.

Alastair, who joined the paper in 2007, has long been the source of the most informed and passionate dance criticism out there. So why leave, you ask? Being a critic for The New York Times is the best job, you say.

This is true. But the world beckons. For some time now, Alastair — who celebrated 40 years of reviewing this May — has wanted to spend more time in Britain, his home country; scale back on his daily reviewing responsibilities; and work on a variety of projects, including teaching and lecturing at Juilliard, the 92 Street Y and City Center, and a research fellowship with the Center for Ballet and the Arts.

Most important, Alastair is planning to finish his big project — a book on Merce Cunningham — and to start work on, by his own ambitious count, 22 other book ideas that have been gestating during his time as a newspaper critic, including on the choreographers Frederick Ashton and George Balanchine (he twinned them in his 2018 Lincoln Kirstein Lecture) and on Degas’s depiction of dance in his art.

“The challenge of describing something as difficult as dance for the general reader is about as exciting as journalism gets,” Alastair said to me recently. Some of his highlights include:

Two trips he took to India to write about Indian dance.
Two pieces out of Memphis on Lil Buck and jookin.
This analysis of Michael Jackson’s dancing, written after his death.

A coast-to-coast Nutcracker marathon in which he watched 27 American productions.
A 2017 piece about gender in dance in which he provocatively asks, “Can ballet express a modern view of the sexes?”
This piece that visually breaks down just two seconds of a Balanchine dance — an example of how expansive dance criticism can be.
A glowing review of the recent world premiere of Pam Tanowitz’s “Four Quartets,” in which he wrote: “If I am right to think this is the greatest creation of dance theater so far this century, we’re fortunate that ‘Four Quartets’ will travel to other stages. I long to become more deeply acquainted with the many layers of its stage poetry.”

The dance world has been lucky to have a committed champion like Alastair, and The Times will miss his voice. But we won’t miss it too much. He will continue to contribute articles and reviews through 2019.

One of the greatest strengths of The New York Times’s Culture department is its big tent philosophy, its ability to cover both popular culture and the fine arts. Dance in all its variety — ballet, modern contemporary concert dance, social dance, commercial dance, dance in music videos — remains a vital part of the culture. Our next chief dance critic will cover it all. We hope to announce our next dance critic later this year.

« See opera in Italy for 2 Euros