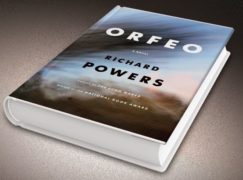 How to improve your musical imagination

It’s the new book in our Fortnightly Book Club.

I am thrilled to be introducing Bruce Adolphe, composer, author, radio host and lecturer. His music has been performed and commissioned by today’s leading soloists and orchestras, he is resident lecturer at the Chamber Music Society of Lincoln Center, creator/performer of national public radio’s popular podcast Piano Puzzler as well as the author of three books on music. Mr. Adolphe has taught at Yale, The Juilliard School, and New York University. He is an unbelievably warm and engaging person – both on- and off- stage. I first met him as a student at the LaJolla Summerfest, where his teaching and general all-encompassing knowledge was (and continues to be) an inspiration to think deeply, both inside and outside of the box. He will present two books concurrently – one fiction and one non-fiction, available on Amazon and other outlets as kindle or book. 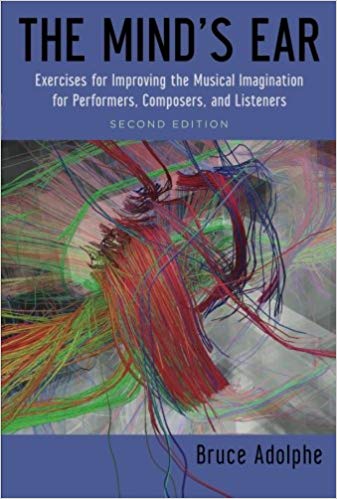 From our guest host, Bruce Adolphe:

Thank you, Anthea, for inviting me to participate in this unique, musical Book Club. I love to read books by living authors and many of my compositions have been inspired by lines from recent novels or nonfiction.

At some point in our lives, we make a decision about what will be our primary focus in life, our profession. We decide to be a pianist, composer, violinist, novelist, actor, lawyer, or neuroscientist. I have always played with the idea of being an actor, and because of my family concert series at Lincoln Center, I have several opportunities per year (for the last 27 years) to go on stage and act a part. I’ve played many roles, including Leopold Mozart, Haydn, Albert Einstein, Maurice Ravel, Beethoven, and my own creation, Inspector Pulse, Private Ear. I have some excellent wigs and hats in my closet at home.

When I was a composition student at Juilliard in the 1970s, I was fascinated by the drama division. Because I wrote incidental music for many of the plays produced at Juilliard while I as a student, I was allowed to sit in on many drama classes and I also attended many more rehearsals of the plays than was required of me as composer for the production. One of my friends in the drama school told me she was jealous of the music students because they could play their instrument when out of work and so still be a musician, but an actor out of work was hanging onto the idea of being an actor by sheer act of imagination and will. They could not go home and just act the way a pianist could play. But I became jealous of the way actors were trained to tap into their memories and imaginations through exercises, to be in touch with their inner lives, to make their emotions available as a matter of technique.

When at the Juilliard Pre-College I had the opportunity to create and teach a new seminar on anything that interested me, I decided to attempt a synthesis of acting classes (games and exercises) and musicianship.The seminar became the basis of my book The Mind’s Ear: Exercises for Improving the Musical Imagination.

The 2013 second edition of The Mind’s Ear, published by Oxford University Press, is much expanded and revised with new exercises and many essays but it retains the essential goal of the original book: to combine the teaching techniques used in music and drama studies in order to directly address the improvement of the musical imagination. And don’t just use your teacher’s fingerings!
_____
ORFEO

Richard Powers’ novel Orfeo is about a retired composer, Peter Els, who returns to his youthful passion for chemistry and in his home microbiology lab tries to compose with life forms, or find musical patterns within bacteria, and ends up a fugitive, fleeing Homeland Security. Through a series of harmless but misunderstood events, Homeland Security comes to believe that Els is a bioterrorist. As the desperate composer flees the law, he relives his past. Quickly made infamous by the Internet as the “Bioterrorist Bach”, Els visits the people he loves and tries to make sense of his life. Being about a composer’s entire life in music from childhood through education to his retirement, the book is filled with musical references, all brilliantly conjured, often in great detail. Among the works that figure significantly in the story are
Steve Reich’s Proverb (a setting of Wittgenstein’s “How small a thought it takes to fill a whole life”), Shostakovich’s Symphony No. 5, Mahler’s Kindertotenlieder (Songs on the Deaths of Children), Peter Lieberson’s Neruda Songs, and Messiaen’s Quartet for the End of Time.
Other composers who are included in the novel in various ways are John Adams, John Cage, Harry Partch, Milton Babbitt, Alexander Zemlinsky, George Rochberg, George Gerswhin, George Crumb, as well as Mozart and many others. Even Machaut and Walter Piston are mentioned. Perhaps even more impressive is Powers’ descriptions of fictional compositions by Peter Els, a rare feat that reveals Powers’ own deep understanding of music.

Here is a list of recommended recordings of music mentioned in the book compiled by Richard Powers:
http://www.richardpowers.net/the-music-of-orfeo/

As a composer, I found it remarkable how vividly and realistically Richard Powers depicts music and a life in music. I have had the good fortune to get to know the author a bit, and we have even worked on a project together. Writing fiction and composing music have a lot in common, and the creative process is always about memory, imagination, selection, refinement, and authenticity.

As always, questions may be submitted through the comments section or via email to: fortnightlymusicbookclub@gmail.com

« Finns get hot and wet when they are exposed to Mahler

Stephen Sondheim on Trump: It’s the end of democracy »