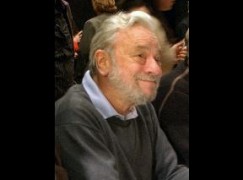 Stephen Sondheim on Trump: It’s the end of democracy

From yesterday’s interview with Richard Morrison in the Times:

So what’s it like to live in America at the moment?

“You know the answer to that question,” Sondheim replies. “Distressing in the extreme. It’s really the end of democracy — a major catastrophe, not a passing one.”

Hasn’t the US always contained widely diverging tribes? Liberal east coast sophisticates have always been a long way from Bible belters in their world view. “Yes, I agree political opposites have always existed in America,” Sondheim says, “but until now these different tribes belonged to one nation. Then along comes this politician who is the standard bearer for divisiveness and hatred, and all consensus falls apart.”

« How to improve your musical imagination