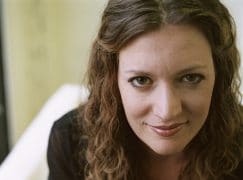 So why don’t more women (and men) come forward?

I am horrified to hear the allegations recently that Bill Preucil has assaulted women. It would, however, be hard for me to imagine that there would be one female violinist out there, between age 18-50, who had attended a camp/educational institute and had worked with a certain violinist who wouldn’t have one “unsavory” story about him, either first-, second-, or third-hand. I’ve got some – do you? Most of us just had a slightly bad taste in our mouths, but clearly, some of us had more than just a taste.

Many reasonably intelligent people wonder why it takes a woman a long time to come forward with a trauma, if indeed they ever do. Let’s just lay it out there, shall we?

First – what is sexual harassment? According to Psychology Today: “Sexual harassment and behaviors that fall under this category include: inappropriate touching; invasion of privacy; sexual jokes; lewd or obscene comments or gestures; exposing body parts; showing graphic images; unwelcome sexual emails, text messages, or phone calls; sexual bribery, coercion, and overt requests for sex; sexual favoritism; being offered a benefit for a sexual favor; being denied a promotion or pay raise because you didn’t cooperate. And of course, some women (and men) experience what more aptly could be described as sexual assault: being forced to perform a sexual act on a man in a position of power, a man of power forcing himself on the woman.”

Why don’t women come forward? Shame, denial, fear of consequences, low self-esteem, feelings of hopelessness or helplessness. These are all documented psychological effects. They are real. The memories crop up at the most surprising times. Sometimes you just leave a whole cart of groceries in the store to go quickly outside for air, to cry, or to throw up. You are worried about “bothering” your friends or partner by talking about it. Your career will most likely be affected, and therefore the financial stability of your family. People will attack you, and blame you for ruining the career of a wonderful, famous musician. They will blame you. To your face. And you will cry, and throw up, and wake up in the middle of the night, and relive that moment, thinking of what you could have done differently, what you did wrong, what you would do if it happened again. You won’t be able to tell what is safe or unsafe anymore.

I don’t know Zeneba Bowers. But I sure do want to. With her permission, I will repost a Facebook message from a couple of days ago.

“Since the WaPo article came out, many hundreds of times I’ve seen comments lauding me for being “brave”. That is because there will be shame associated with this with my name, forever; because I will be raked over the coals online and in water-cooler chats; and because I will lose work opportunities. Friends, that is exactly why I came out in the first place. That is precisely what we have to change. It should be no more “brave” for me to say what happened to me than it would be “brave” for me to say I was rear-ended in a fender bender.

Let’s make that our reality, for our daughters.”

And, finally – from composer Kenji Bunch:

“I know, another dude weighing in on the WaPo piece regarding harassment in classical music….
At any rate, my $.02-
1 As with the Levine scandal, there seems to be an awful lot of lamenting over the ignoble end of Mr. Preucil’s storied career, as if we are all now to be deprived of some special, rarified greatness. To me, this is entirely misdirected. The tragedy here isn’t the loss of a transformative musical talent, it’s that a patriarchal system of cowardly enablers propped up a predator for decades because their financial interests in doing so outweighed any pangs to their conscience regarding the jeopardy in which they put vulnerable, younger musicians who trusted them.
2 The myth of the “once-in-a-generation talent” is exactly that – a myth. There are plenty of amazing violinists, conductors, etc. out there who could replace ANYone in any position of power and prestige, and do the same job with at least as much artistry and charisma. They often don’t get access to those opportunities for reasons related to unconscious bias. In other words, had one of the enablers of this abuse had the courage to do something about it years ago, we may have been treated to the even more impressive tenure of a different violinist who, in addition to amazing feats on the instrument, could also demonstrate the fine art of keeping one’s hands to one’s self.

3 Zeneba Bowers is a force of nature. I’m honored to call her a friend and colleague. She’s also hilarious, makes insanely delicious food, and is a highly respected travel writer. If you only know her as “the girl from the WaPo article,” consider instead linking her inextricably with the kind of strength, conviction, and backbone so often lacking in our line of work, especially from us dudes.”

I guess there is an opening for a violinist or two in Cleveland. Oh, and apparently a conductor in Amsterdam. Maybe it might be time to start to have a mandatory “appropriate professional conduct” class in conservatories?

Death of US concertmaster, 93 »