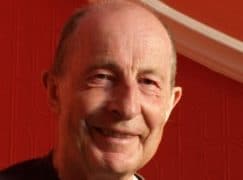 Orchestras mourn one of the last great producers

« Concern about competition that gives no prizes