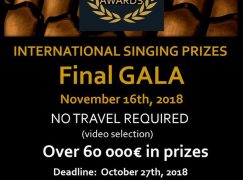 Concern about competition that gives no prizes

Singers are complaining that the ‘Paris Opera Awards‘, which has failed to award prizes for the past three years, has announced a new round for November.

One disappointed contestant writes:  ‘I applied (to) this competition 2015 and they sent me mail in January 2016 that I was not chosen for the big final. That is of course OK, But I learned that after that they did not actually do any final! They get all the application fees from the singers and they even did not publish who won the prizes 2015 and 2016!’

The cost of application is 45 Euros.

According to the website, the last prizes were awarded in 2014.

Singers are advised to take care before entering. 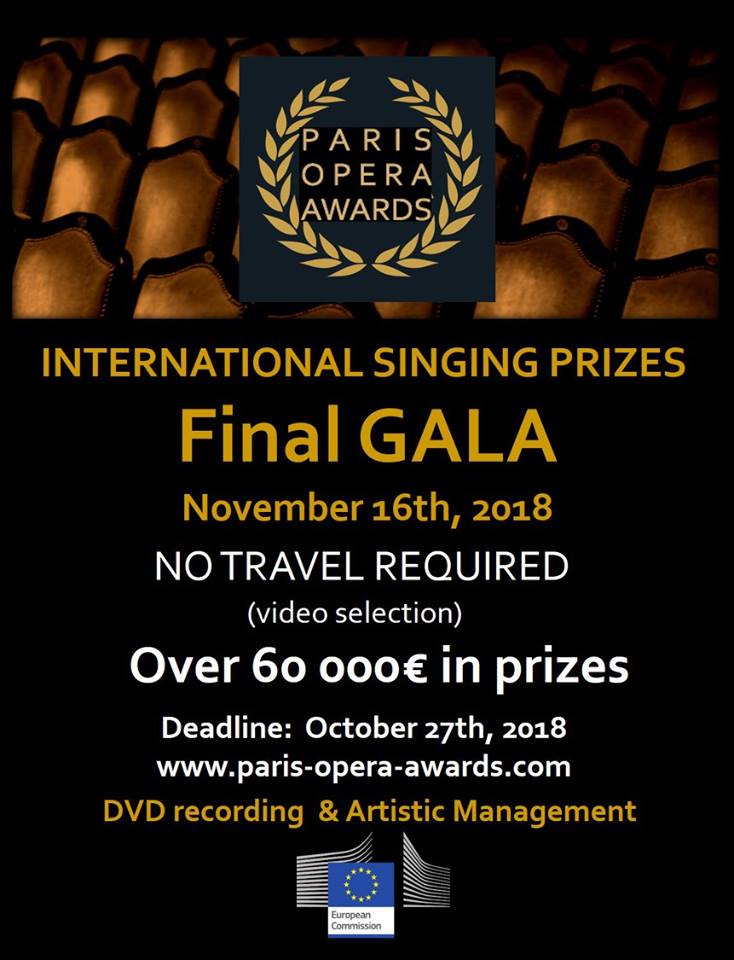 If you’ve had experience of this competition, do let us know.

Orchestras mourn one of the last great producers »