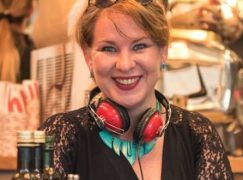 The contralto Gráinne Gillis will sing Ethel Smyth’s March of the Women at this afternoon’s women’s march against Trump.

Every new story brought tears to my eyes.

This was a few weekends ago, when the news of family separation in America was at its zenith. Those cries. That anguish. What can I do? was the question that gnawed at me.

I’ve been an immigrant for most of my life. Not an asylum seeker, or a refugee, like many of those children in cages. I have dual citizenship, both Irish and American. But when my American father and Irish mother brought us to Cork, we were the kids with the funny accents. We were the half and halfs who put the wrong emphasis on words like “tomayto”.

Amid all the uprooting and the sense of displacement that naturally ensued from the move from New York to Cork, we had our parents. We were going to a nice house by the sea. We were not venturing into the unknown with our immediate caregivers, our world, being torn from us in the most traumatic, violent way possible, to make some sort of weird, bullying, political point.

It’s the bullying that gets me with the Trump administration….

Munich goes ahead with new hall »