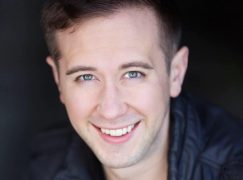 A baritone writes: I was raped

A post by the rising American baritone Samuel Schultz:

Pause and contemplate those three words. I certainly have as I have been living with that reality since 2010, while I was pursuing my master’s degree, when a celebrated opera singer and his boyfriend raped me.

In the aftermath of confronting this reality I was faced with two choices. I could choose to become someone who felt betrayed by everything, living a life of bitterness and anger, treating the world with hatred justified by what I had to endure. The other option, and the one I ultimately chose, was to reject anger and bitterness as driving forces in my life. I chose to pursue kindness and love, and in doing so, I have found a life full of potential beauty. Yet I often have to work hard to discover the beauty and it is not always apparent to someone who has endured life-altering and devastating circumstances.

Why now? Because this is my story and I hate that this is my story, but now I have the strength to own my story and to take back the power it has had over me and to use the power of its truth, its sacredness, to bring an end to rape. I have been terrified to talk about this publicly because, as many know, people in positions of power (or perceived positions of power) have not been held accountable in the past. There was a legitimate danger of destroying my career by reporting someone else’s assault against me. Because of this, I have lived with the fear of exclusion and being silenced which has meant that my story has not been told. And I was not willing to risk a career in opera by exposing this truth. But I know that I am not alone. My love for life and art and music and people compel me to tell this truth….