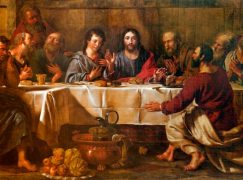 Taking issue with the Guardian’s view of cultural equality

Most sane people agree that both genders and all ethnic minorities should have equal opportunity in art, as in life.

Some pay lip service to this principle. Others try by word and deed to open doors for the under-privileged and ensure that the arts have a level playing field.

That is social justice and plain common sense.

But it’s a very long way from here to the Guardian’s editorial today which calls for the imposition of fairness. Here’s the nub of a rather woolly argument:

Attending to diversity does not quash quality but increases it, widening the pool of talent rather than reducing it to a small, historically privileged group. And, by boldly looking outwards at the world around it – in all its richness – British classical music stands a greater chance of flourishing and growing as it should, rather than withering as so many fear. Naturally, it would be preferable if equality could be achieved without targets imposed and commitments signed up to – but Thursday’s International Women’s Day will be a fitting moment to recall that shifting traditional inequalities is a struggle, and takes more than a vague sense of optimism. The power of unconscious bias – the unreflecting process by which racism and sexism are perpetuated even by decent and fair-minded people – demands to be combated with something stronger than good intentions. A healthy cultural world is one in which all kinds of voices are heard and enjoyed. A healthy cultural world is one that honours the moral imperative to be fair.

An imperative? Backed by law? Or social sanction?

Is the next stage for male artists to be deplatformed?

Heaven’s sakes, art is not fair. There is no gender equality in the Last Supper. The Ring of the Nibelungen is both sexist and racist.

By the Guardian’s rules, neither Leonardo nor Wagner could have functioned.

Nor could Virginia Woolf (no minorities), nor George Orwell (distinctly sexist), nor Tracey Emin, nor….

Art needs to be free. Free from manipulation of every kind, including the imposition of equality.

We must try harder to give everyone an opportunity. But we must not preach, and we must never enforce an external doctrine on the free flow of the creative process.