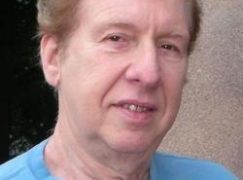 Death of a Bartók authority, 75

From the musicology webchat site: 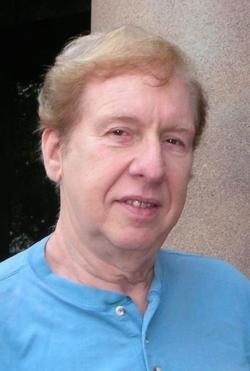 The faculty, staff and students of the Butler School of Music mourn the death of Professor Elliott Antokoletz, who passed away unexpectedly on December 20, 2017. A member of the music faculty at the University of Texas at Austin since 1976, Dr. Antokoletz was a prolific and internationally recognized scholar of twentieth-century art music and a dedicated teacher who enthusiastically shared his expertise and passions with generations of music students at UT.

Born in Jersey City, New Jersey on August 3, 1942, Elliott Antokoletz earned a B.S. degree in violin performance at the Juilliard School in 1964, having studied with the renowned pedagogues Dorothy Delay and Ivan Galamian, and he remained active as a violinist and chamber musician for a number of years thereafter. His interest in musicology led him to earn the MA from Hunter College (1970) and the PhD from the Graduate Center of the City University of New York (1975), for which he wrote a dissertation under the supervision of George Perle on pitch organization in the Fourth String Quartet of Béla Bartók.

In at least two ways, the dissertation set the tone for Antokoletz’s future work. On the one hand, he would go on to become one of the world’s leading Bartók scholars, publishing a monograph on Bartók’s tonal language (California, 1984), a research guide to Bartók now in its third edition (Garland, 1988; 32011) and numerous articles and essays on Bartók’s work in periodicals and edited collections. On the other hand, the dissertation established an elegant theory of pitch organization based on interval cycles and symmetrical partitioning of the octave. Antokoletz would go on to expand these theoretical insights in studies devoted to Bartók; of particular interest to Antokoletz in this regard was the way that Bartók developed his modernist-nationalist style through extrapolation of tonal and rhythmic properties that he observed in peasant musics of Hungary and other lands. But Antokoletz also showed the applicability of his theories to the music of other twentieth-century composers such as Debussy, Stravinsky and Georg von Albrecht. His two textbooks on twentieth-century music (Prentice-Hall, 1992; Routledge, 2013) made his analytical insights available to music students not just in the USA but also, thanks to translations into Polish and Chinese, to students elsewhere. Among his other writings are a book on symbolist operas of Debussy and Bartók on which he collaborated with his wife, Juana Antokoletz, and a co-authored monograph on De Falla.

Apart from his own writings, Elliott Antokoletz was an indefatigable editor. He edited a collection of essays on Georg von Albrecht (Scarecrow, 2004), the International Journal of Musicology, and the book series Sources and Studies in Music History from Antiquity to the Present (both published by Verlag Peter Lang); he also co-edited the collected essays in Bartók Perspectives (Oxford, 2000) and Re-Thinking Debussy (Oxford, 2011), the latter the outcome of one of two major conferences that he organized in the early 2000s at UT. He worked closely with Benjamin Suchoff and Peter Bartók to organize the Bartók archives in the U. S. He lectured extensively at home and abroad, and he frequently worked with professional musicians, particularly string quartets tackling the quartets of Bartók.

In the classroom Elliott Antokoletz was an inspirational and unforgettable presence for thousands of students fortunate to have studied with him. Blessed with a fantastic memory (rumored to have been photographic in nature), Antokoletz astounded students with the brilliance of his musical insights and his sovereign mastery of repertory and bibliography. His classes were demanding, as he stressed theoretical and stylistic analysis as the basis for music-historical understanding, and he was firm in his conviction as to the centrality of the Western classical tradition for the education of music students, a belief that sometimes put him at odds with his younger colleagues. He also had a large repertory of jokes and humorous anecdotes that kept things from getting too serious. Kind towards students and generous with his time, he supervised innumerable treatises and lecture-recital documents; several of his advisees went on to publish work that they had started under Antokoletz. He never turned students away from his organized courses, no matter how full the enrollment already was; he loved speaking to an audience.

Elliott Antokoletz’s tragic death leaves a gaping hole in the fabric of the Butler School of Music, and though new faculty will come and teach some of the same courses, no one will ever truly take his place. His legacy will endure, however, in his writings, the teaching of his own students, and the memories of those who were able to call him friend and colleague.

« On first hearing you can hardly tell it’s Stravinsky

Houston Symphony, we have upgrade »