Report: One third of Simon Bolivar orchestra has gone into exile

The Spanish newspaper El Pais reports that 40 members of El Sistema’s flgaship orchestra have fled the country. Its conductor Gustavo Dudamel no longer dares to return to Venezuela. 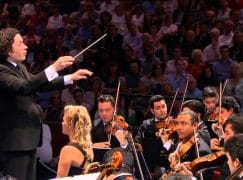