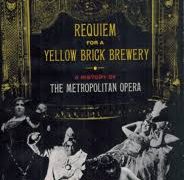 Buzzfeed and the Washington Post have brought to light the curious case of John G. Briggs, a respected opera critic on the New York Times, who lived a double-life under the pseudonym Nicholas Stanford writing vitriolic columns for southern newspapers about liberal and Jewish bias in US media.

Briggs, who died in 1990, started out as a press agent for Arturo Toscanini. After leaving the Times in 1960 (no cause given), he wrote program notes for the Philadelphia Orchestra as well as a history of the Met, ‘Requiem for a Yellow Brick Brewery’, and a glossy hagiolatry, ‘Leonard Bernstein: The Man, His Work and His World’.

Professor Sid Bedingfield writes in the Post that Stanford ‘described Puerto Rican residents of West Harlem as “vermin.” And he aimed a steady stream of vitriol at Jews. A “clean sweep” of Jews from newsrooms would eliminate communist influence in the media, he told Waring. In one column, he raised doubts about the Holocaust. He contended that the “whole question of concentration camps and six million Jews allegedly murdered therein has had gingerly treatment in the U.S. press.”’ 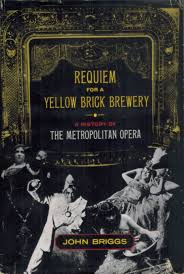 « Death of a Glyndebourne Queen of the Night

Leading dance figure is killed by a tram »