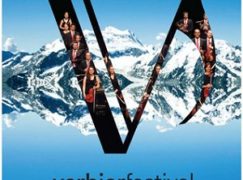 Does this festival have a James Levine problem?

The Verbier Festival published next summer’s programme this morning.

It makes no reference to the festival orchestra’s long association with James Levine as music director from 2000 until 2009.

The orchestra is, in the festival’s description, made up of ‘110 musicians aged from 16 to 29 of many nationalities, coached by section leaders from the Metropolitan Opera Orchestra.’

Martin Engstroem the festival, founder, once gave me certain assurances about young people being protected.

No incident has ever come to light at the festival.

However, yesterday, a violinist in the Verbier Festival Orchestra posted the following comment on Slipped Disc:

I am a former member (male, violinist) of the Verbier Festival Orchestra. I was playing concertmaster for one of the concerts at Verbier, and James Levine asked me to come to the conductor’s room to discuss bowings, etc. after a rehearsal. At the end of this short conversation, he invited me to his accommodations later that evening for a drink. (This was in the presence of his brother Tom, who usually accompanied the Maestro everywhere.) Upon arriving, however, I was asked to come to his room. Aware of the rumors, I declined and politely said that I had to go to a chamber music rehearsal. I later mentioned this to Martin Engstroem, who brushed it aside and said “That’s just Jimmy being Jimmy.” Anyhow, the entire incident made me very uncomfortable, and Levine pretty much ignored me for the remainder of his time at Verbier. I am aware of no precautions that were taken by Martin Engstroem or anyone at the Verbier Festival to safeguard orchestra members.

We have asked Martin Engstroem for his response.

« Head of music is acquitted of child abuse