Death of an international pianist, 46

The Finnish pianist Henri Sigfridsson has posted sad news of the death of his wife and duo partner, Akiko. 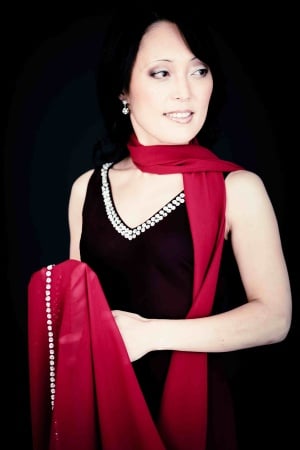 my beloved wife and our beloved mother has passed away. We are eternally grateful to her and will always love her.

Akiko Sigfridsson was born in Kamakura, Japan. She started playing the piano at the age of four. In 1987 she entered the Tokyo-Geidai University high school and studied under professor Midori Tanabe. She graduated as Master of Arts in 1998. She held her debut concert in 1991 in the Bunka-Kaikan concert hall ”young talent” series. In 1995 she appeared as soloist with the Tokyo-Geidai Orchestra, and the same year she won the Grand Prix at the Kitakyushu Festival, as well as third prize in the international Schubert competition in Dortmund.

Between 1995 and 1998, Akiko studied with Willem Brons at the Amsterdam conservatory. From 2000 to 2002 she studied with Professor Herbert Seidel at the Frankfurt Music Academy and between 2003 and 2007 she studied lied performance with Professor Jürgen Glauss at the Cologne Music Academy, as well as participated in the voice and violin classes as pianist. In 2006, she and her husband Henri Sigfridsson won the piano duo competition in Wuppertal. Akiko Sigfridsson has given solo concerts and chamber concerts in Japan, The Netherlands, Germany, Finland, Italy and Switzerland.