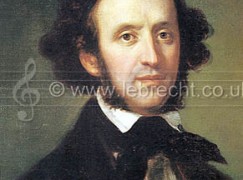 The thing about Berlin, the composer’s buried here

From our weekly diarist, Anthea Kreston, an American iolinist in Berlin:

Back to the grindstone (in the most exuberant definition of). This week my quartet (Artemis) is hard at work – our modified sabbatical is over, and we have work to do. I just finished filling out our our calendar on our website until the end of 2018, and it is frighteningly, thrillingly full. Concert after concert, in some of the best halls in the world. A dizzying (endless) list of cities – an abridged list includes Paris, Vienna, Lisbon, London, Jerusalem, Amsterdam, Washington D.C., New York, San Francisco, Taipei, Seoul, Tokyo, Hong Kong, Budapest, Zurich……

Our repertoire is huge – exciting, adventurous plans are solidifying for the Beethoven year (2019-20), multiple recordings for Warner, repertoire planned, guest artists booked, publicity, travel and new photos are being rolled out.

We headed into our first rehearsals like four bulls, eyes on the prize. Each player is razor-sharp – fresh from solo projects, our techniques have all been sharpened, our work with other artists widens our pallets – creates new colors and fusions.

We began this week with the Mendelssohn Op 44 #1 – what a great selection on which to begin our next phase. A mature work of his – bubbling with optimism, and sentimental good vibes. Let’s hope the beginning of my third season brings only goodness and light.

Mendelssohn is buried in Berlin – to learn these works in Europe gives them such a different perspective.  What used to be an appreciation from afar is now something tangible – the conflicts of wars and struggles with nationalism and religious background is here and now, not “over there”. Next we begin a new Shostakovich in preparation for my first Artemis recording – their first Shostakovich CD. We are now living just a handful of meters away from the remains of the wall – the past Soviet and German history is very much alive. I have many playing partners and friends who grew up on the other side – in the DDR days.

My pianist, this week, said a couple of funny things – after an espresso from his office machine, he shook his head like a dog coming from the lake and said “it’s so invigorating – like taking a visit to the West in the DDR days”, and “Anthea – we can balance better here – this is not communism – we don’t all have to have the same sized house!”.

As Jason was driving me to the first rehearsal at the Universität der Künste, where I can now officially call myself Professor, I was scrolling through my iPhone, playing the first bars of the Mendelssohn Op. 44 #1 which was on the docket that day. Jason said – “oh that’s an easy one – you can recognize Arnold’s vibrato a mile away” (Steinhardt – Guarneri Quartet), or a nostalgic “Gosh, we should write to Phil – I miss those guys” (Setzer of Emerson). Then another – a crisp account filled with surprising twists and turns – dazzling in clarity, and Jason says – “Who is that?” – and I answer “Artemis, my quartet”. What a first week back!