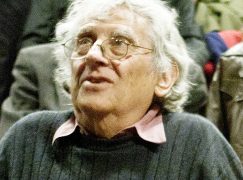 Sad news: Death of an important US composer

Friends are reporting the death last night of Eric Salzman, a formidable presence in US music for 60 years.

He co-founded the American Music Theater Festival and the Center for Contemporary Opera.

An influential music critic and well-known broadcaster, he produced major recordings for Nonesuch, was editor of Musical Quarterly and wrote several books.

His scores include Jukebox in the Tavern of Love, Cassandra Ground Zero and Civilization & Its Discontents.

His death today was reported by the CCO dramaturg, Eugenia Arsenis.

Our sympathies to his wife, Lorna, and their daughters.