Death of a classical guitar pioneer

The family has announced the death of Matanya Ophee, a vibrant figure in the classical guitar world. He was 85.

Jerusalem born and active in contemporary music, he learned to fly in the Israel air force and put his skills to use as an airline pilot when he migrated to the US in 1965.

There he formed a chamber ensemble in New Hampshire and wrote combatively for guitar journals. In 1978, he founded the publishing company Editions Orphée, becoming a cornerstone of classical guitar activity. 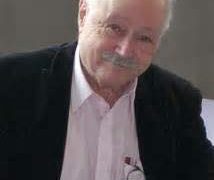